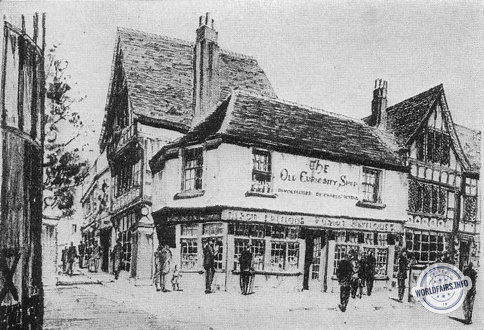 Here you can see reproductions of picturesque buildings and places in old England, brought together in a village to explain the history of the country.

Shakespeare's Globe Theatre, where his masterpieces were first performed, can be seen along with the house in Stratford-on-Avon and the cottage in which he lived with his wife, Ann Hathaway.

Harvard House, the original home of the family of John Harvard, founder of Harvard University, also in Stratford-on-Avon, is in the village.

From Scotland, to blend in with the image of this great age of England, comes Robert Burns Cottage and John Knox House.

The Old Curiosity Shop, based on the novel by Charles Dickens, shows a bit of early 19th century London.
The Cheshire Cheese Inn, the hotel of Dr Samuel Johnson, Oliver Goldsmith and James Boswell, is reproduced here including Dr Johnson's favourite chair and table.

Long and careful studies have been made in England and Scotland of the original buildings.
Outdoor plaster casts are used for exact reproductions of their appearance.
Furniture and fittings include authentic pieces and antiques of great rarity and value.

You see in Shakespeare and Burns Cottages exactly how they lived.
The entrance to the old English village is accessed via walkways identical to those at the Tower of London.