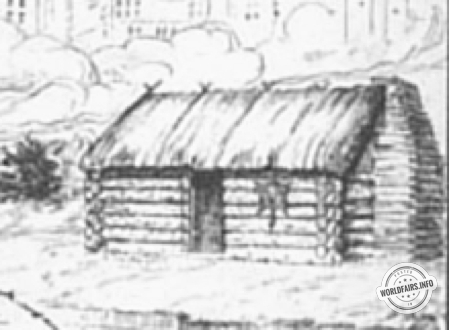 It is a reproduction of the cabin of Jean Baptiste Point Du Sable, which was the first permanent building to be established on the north bank of the mouth of the Chicago River, and served as a trading post.

Du Sable was a freeborn black man from St. Marc in the French colony of Santo Domingo who came to the United States in 1779 as a trapper and trader.

In 1800, Du Sable sold his trading post and moved further south to Illinois.