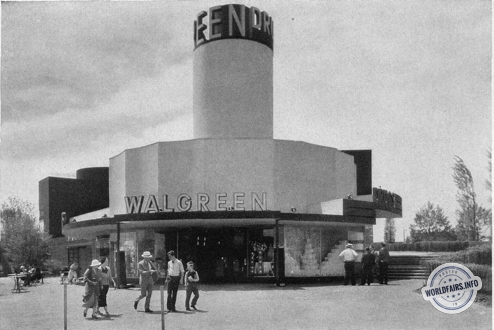 Walgreen's has opened the only two drugstores on the show floor.
One is located in the north wing of the Science Palace and the other occupies a beautiful building of its own at the 23rd Street entrance.

An annex to the shop on 23rd Street is dedicated to a soda fountain with space for 100 people, which was built during the month of June.

Each shop has a magnificent toiletries department, which consists of sections that are entirely new in design and execution.

These departments exclusively offer toiletries specifically for girls.
Beyond the uniqueness and beauty of these two fountain installations, Walgreen's regular prices are in effect at all times.