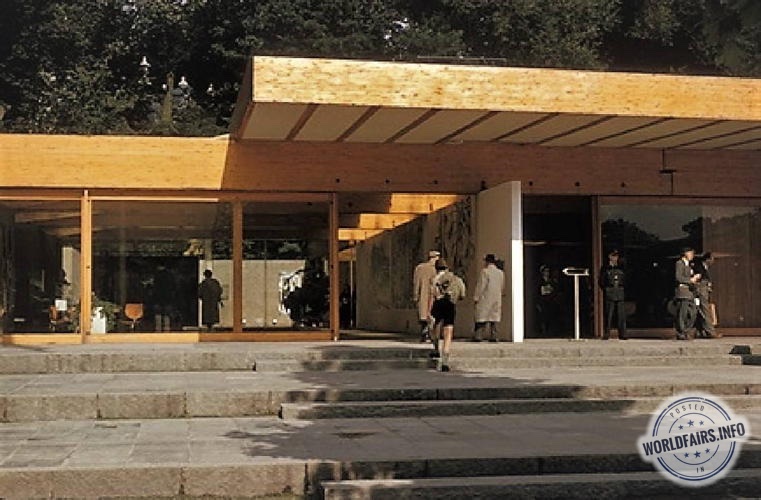 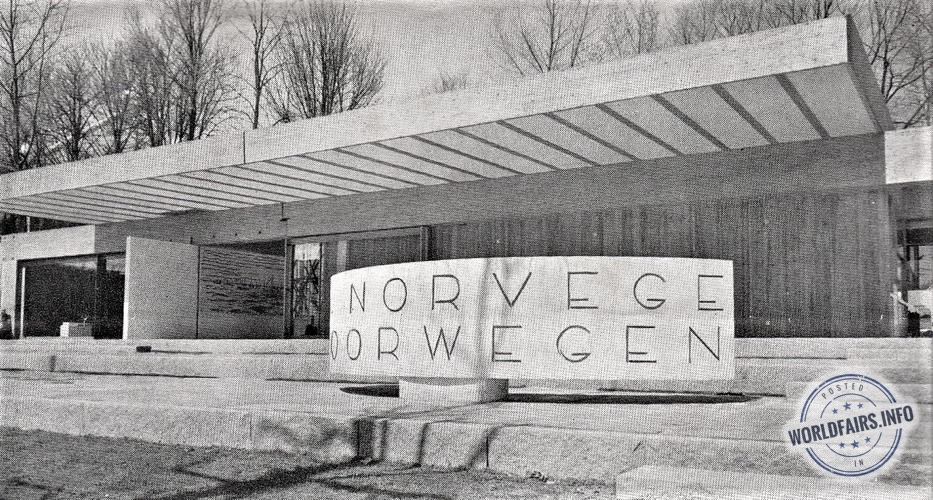 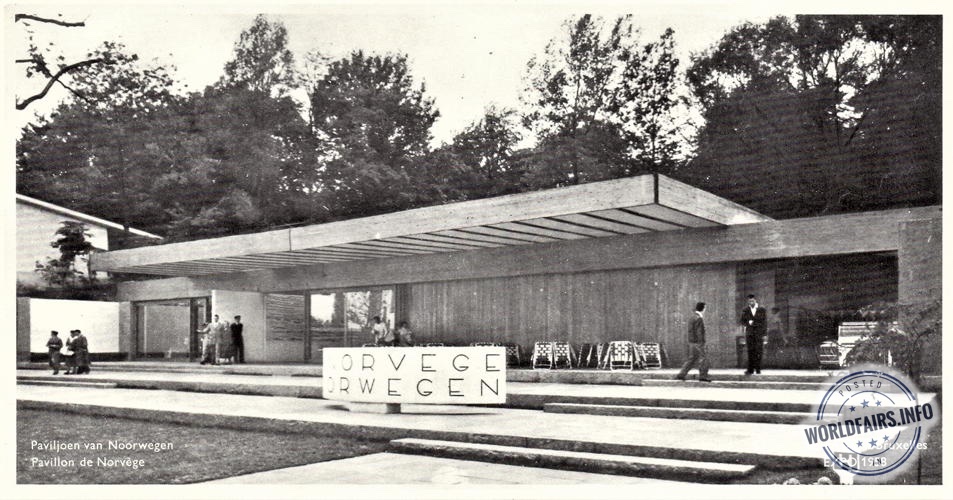 The Norwegian pavilion was located at the beginning of the Avenue du Gros Tilleul, not far from the Benelux Gate and the Atomium. It took the form of a square construction made of wood, glass and plastic and bounded by a three-metre high wall.

The interior was designed to fit in with the theme of the exhibition and to emphasise the human side of Norwegian life.

The pavilion was divided into three distinct sections.

The first section included a reception hall where you could immediately locate Norway on the world map and learn about the country's nature and history, while an exhibition of works of art, a presentation of great composers and writers reflected the various national cultures.

The second part of the pavilion was devoted to social life. Here you were brought into contact with the Norwegian people in their everyday life. The high level of social security and the importance of the child in the life of the nation were particularly emphasised.

The third part described the economic resources that Norwegians live on, as well as the great prospects for the future that are justified by the existence of considerable natural resources. In this section, the progress made in the rational use of raw materials from fisheries was presented, as well as Norway's achievements in the field of the atom, mainly through the commissioning of the Halden reactor.

A place was also reserved for the Norwegian merchant fleet, which was one of the world's largest.