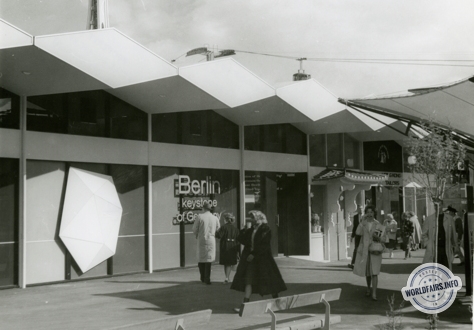 The heroic history of divided Berlin, an island of freedom behind an iron curtain, was dramatically explained through slide shows, photographs and films in the pavilion of the City of Berlin, which was located in the international centre.

Berlin, the capital of Germany and one of the great cities of the world, was graphically represented in an exhibition in terms of culture, economy and politics.

The presentation was factual and lively.

Visitors to the pavilion listened to a personal message recorded by Willy Brandt, the city's mayor.

The presentation explained in detail the life of the West Berliners, their houses were surrounded by a big wall erected by the East German communists.

Also, West Berlin's ties to the free countries of the world were dramatised. West Berlin had also been one of the strongest European supporters of the Seattle exhibition.