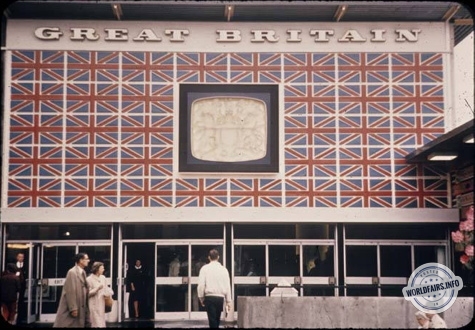 An impressive picture of technical achievement and current research was a view of the British exhibition, where a large area was reserved for advanced scientific demonstrations. The British pavilion was located to the north of the International Plaza.

The exhibits were on UK science projects.

The Science and Technology Hall contained a large display of new research in a wide range of fields. A 46 metre wall showed the progress of man in taming his environment. Opposite was a series of coloured walls containing animations to explain complex technical information. Next was a spectacular demonstration of the contribution of British astronomers to the discovery of the universe.

In the other displays, which demonstrated British industrial achievements, were the revolutionary developments in the fields of automotive industry, scientific instrumentation, and other products that helped make the world a better place.