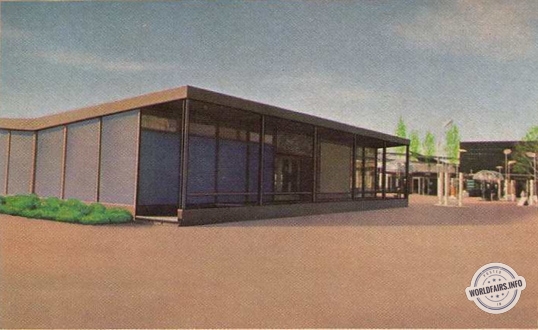 The OECD, which groups 21 countries*, including Canada, presents the main activities undertaken jointly by the member countries through visual aids, documents and symposia and conferences. The main theme is "international cooperation and economic growth".

The colloquia and other meetings, held in a special room in the pavilion, were attended by leading figures from business, industry, politics and academia.

The discussions focused on the major economic issues facing the world today and were also guided by the OECD's overall objectives, namely

to assist in the development of both expanding and newly independent member countries;

to increase the contribution of science and technology to modern economies.

A library was available to visitors.