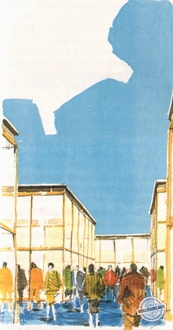 The objective of the Mauritius Pavilion, in International 2-B, is to provide you with the opportunity to understand very easily and quickly the economic potential of Mauritius, with emphasis on the development of its tourism industry in the context of the history, culture and traditions of this country.

It is fitting that the theme of this pavilion should be "harmony and challenge", so that on the 1865 square kilometres (720 square miles) of mountain and plain, situated on the Tropic of Capricorn, in the middle of the Indian Ocean, 2015 kilometres (1250 miles) from the east coast of the African continent and 805 kilometres (500 miles) from Madagascar, 750,000 people live happily together.

The island was known in early medieval times to Malay and Arab navigators. But the first European visitor was the Portuguese navigator, Pedro Mascarenhas. A few years later, the Dutch established a base, which they later abandoned. Resettled by the French, the island became an important naval base and privateering centre. After 99 years of French administration, the island was ceded to the British, who administered it until 1968, when Mauritius gained its independence.

In the design of the poster, a motif symbolises Mauritius: Star and Key of the Indian Ocean and an international meeting place. Just as the colours of this motif blend harmoniously, so do the Eastern and Western cultures, customs, religions and faiths that make up this mosaic of races.

In addition to the star of the sugar industry, the backbone of the country and recognised as one of the most efficient in the world, the exhibition shows the potential for productive investment. This young nation with an ancient history is taking up the challenge of its economic problem with determination.