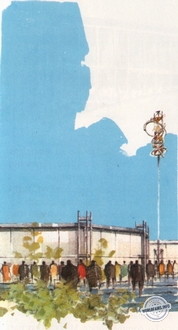 Venezuela. Oil. Industry. Abundant in oil and iron, Venezuela is a prime example of a country that uses its rich natural resources to lubricate progress towards a modern industrial economy. Nature plus politics.


Oil provides about 65% of Venezuela's government revenue and 90% of its foreign exchange. Much of the industrial and social development in this, the northernmost country in South America, is financed by oil revenues, which the government reinvests in a policy of economic diversification and social reform.

Thus, Venezuela is undergoing an intense industrial transformation. Since 1950, progress has been made at a rate of 9.5% per year. Industry is the sector with the greatest economic growth.

Food, chemical, base metal, beverage and textile are the most important industries in terms of value. But the spread of industrial activity is wide, car assembly (there are now 14 factories running at 60,000 units per year), furniture, tyres, paper and pulp, metal products and building materials.

Venezuela contains 10 million people, 2 million of them in the capital of Caracas. The nation is divided into 20 states, two territories and one federal district, in four geographical regions: the mountains, including the Andes; a coastal area north of the mountains; southern and eastern plains; and Guayana.

In this Guayana region, bordering Colombia, one can find an example of the Government's economic efforts. In 1960, for example, the Venuezuelan Guayana Corporation was created. Now it operates a steel plant in Matanzas and, in partnership with Reynolds International Metals, an aluminium plant in Ciudad Guayana. In addition, it oversees two hydroelectric plants.