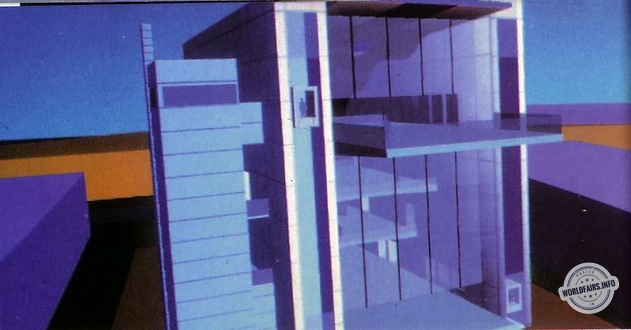 The Aragonese painter, Francisco de Goya, was the focus of the thematic attention of the Aragon pavilion at Expo'92, a building with a singular personality due to the nobility of its construction materials, with alabaster on its exterior façades, glazed ceramic on its roof and an abstract painting on the vaulted ceiling, by the Aragonese painter José Manuel Broto.

Aragon presented the world with the Mudejar art of Teruel, declared a World Heritage Site by UNESCO; the personality of Fernando II of Aragon, the Catholic king who supported Columbus's initiative to discover America; the Olympic candidacy of Jaca and the Pyrenees, and Aragon 2000 with an image of the future of this Community, enclosed in a privileged network of communications within the country. All of this was thematically linked to the universal personality of Goya.

Thanks to the Aragonese government, participation in Expo'92 was conceived as a key element in the promotion of the Community and in the universal projection of its image.