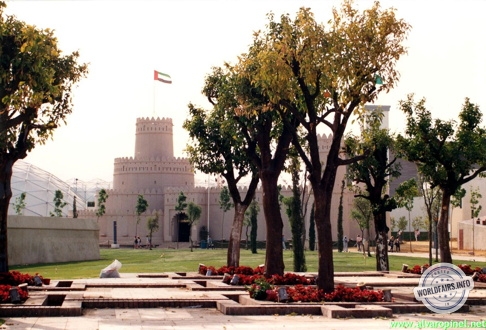 As current environmental issues were on the agenda, the problems caused by the increasing desertification of much of the Earth's surface threaten all living beings and their descendants.

The great discovery for the United Arab Emirates, located in the southeast of the Arabian Peninsula, is that the desert can be pushed back. Over the last twenty years, more than 70 million trees have been planted in the desert soils of our countries, more than 12 million date palms, which put some green spots in our landscape and helped to slow down the movement of the sands.

This is just one of the changes that have taken place in our young country since its establishment in 1971.
In the seven emirates that make up the federation of the United Arab Emirates, Abu Dhabi, Dubai, Sharjah, Ras al Khaimah, Fujairah, Umm al Qaiwain and Ajman, we have discovered that in this troubled world, it is possible to grow and develop, to achieve stability and success with a little determination, with the help of sensible leaders and, of course, with a little bit of luck.

At Expo'92, the UAE hoped to share some of this discovery with the rest of the world.