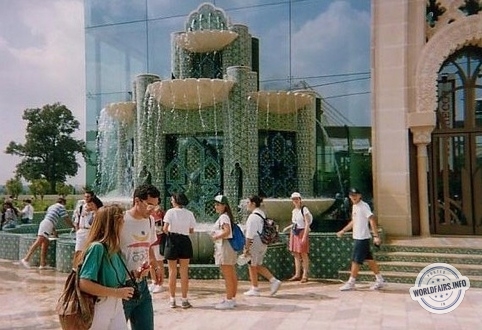 Morocco, a crossroads of multiple civilisations, has its roots in the most remote times of universal history. Numerous vestiges testify to an evolutionary human presence dating back more than two million years.

It is from the first millennium BC that Morocco enters the ancient history of the Mediterranean Basin. The Phoenicians and Carthaginians successively exercised an intense commercial activity there.

The kingdom of Mauritania was annexed to the Roman Empire from 40 AD. This period saw the emergence of a refined urban civilisation (Volubilis, Sala Colonia, etc.).

In the 9th century, the Idrissides, founders of the Muslim dynasty, built the Al Karaouyine mosque in Fez, the first university in the world, and the Andalusian mosque. In the 11th century, the Almoravids founded their capital in Marrakech and it is towards the middle of the 12th century that their power was supplanted by that of the Almohads.

A golden age of Islamic civilisation, this period was distinguished by a creative genius illustrated by the mosques of the Koutoubia, Hassan and the Giralda in Seville. In the 12th and 14th centuries, the Marinids, inspired by Almohad art, built "madrassas" such as Atarine, Bouanania and Saffarine in Fez.

In the 16th century, the Aouda dynasty undertook the construction of brilliant architectural works such as the Ben Youssef madrasas, the Badii palace and the Saffarid tombs in Marrakech.
The advent of the Alaouite dynasty, in the middle of the XVIIth century, restarted the building work: the Kasbah of Meknes by Moulay Ismaël, the city of Essaouira by Sidi Mohammed Ben Abdallah... The Alaouite monarchs attributed to the blossoming of the arts in all their forms.

The reign of H.M. Hassan II consecrates the resolutely modern civilizational dimension of the Kingdom, a dimension whose depth reaches what, for centuries, has made the singularity of the Moroccan identity. The Mohammed V Mausoleum and the Hassan II Mosque, true jewels of Moroccan architecture, prodigiously embody the edifying impulse of a great sovereign.

The Moroccan Pavilion was a permanent pavilion overlooking an Andalusian garden. Its four richly decorated levels housed exhibitions of heritage art, contemporary art, popular art and a panoramic restaurant. It was also the venue for colloquia, performances and audiovisual screenings.