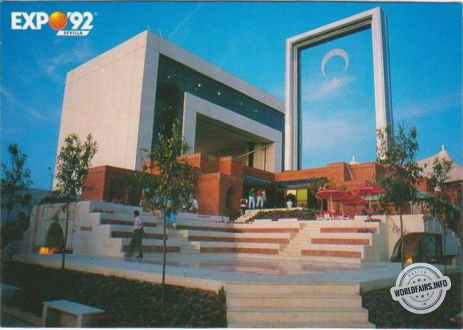 In 1492, merchants from the two most powerful empires crossed the seas and reached the ports. The Spanish and the Ottomans exchanged their wealth and ideas.

So we want to take a look at the past and present of these peoples who crossed Europe in 1361 and established their capital. Their traditions, their resources, and the unique amalgam of cultures that have taken shape over the centuries to create the only country in the world where eighteen civilisations have flourished.

Turkey's textile industry is much older than the New World. Here we present our cultural heritage through an exhibition of textiles and costumes used in traditional daily life. With our exhibition of contemporary paintings, we hope to open a path to Europe where artists, descendants of several intermingling generations and ancient artistic traditions, share their unique visions with the world.

And when we look back to the past, which is much older than Europe itself, we still find commonalities between Anatolia and Spain. The bulls of Anatolia have resurrected and travelled to Spain to greet their fellow creatures, where to this day their pride and power are a model and whose ancestors can be found in the Museum of Anatolian Civilisation (8000 BC). We have thought of raising the symbol of their majesty which has been reflected throughout the history of Spain and Turkey.