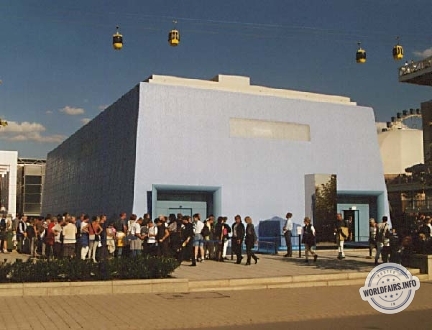 The pavilion was completely surrounded by water and could only be accessed by two bridges. Water flowed continuously down the façade, symbolising the source of life. The floor of the glass pavilion showed the various aspects of the country: sandy beaches, mountains, fertile plains.

In the historical area, a Roman column and a statue of the greatest Croatian scientist of the 18th century, Rutjer Boskovic, rose from the glass floor.

In a 360° cinema, a film presented the natural and cultural diversity of Croatia: culture and tradition of the country, as well as the seven national parks that protect the landscape, animals and plants.