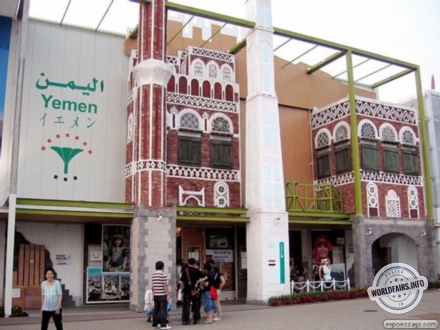 Yemen is said to be the most underdeveloped country in the Arab world, and conversely it is a country where the traditional Arab culture and way of life are still well preserved. The old city of Sana'a is called the city of the oldest skyscraper in the world where many houses with towers have a distinguished past. This beautiful city, apart from the Islamic cities, is international heritage as a human culture with the cities of Shibam and Zabid. The houses are built of adobe bricks and their windows are lined with white plaster and stained glass as decorations.
The exhibition focused on the recreation of the streets of Sana'a and the videos of Socotra Island, considered the Galapagos of the Indian Ocean. The island has a unique flora and fauna, forming its own ecosystem.