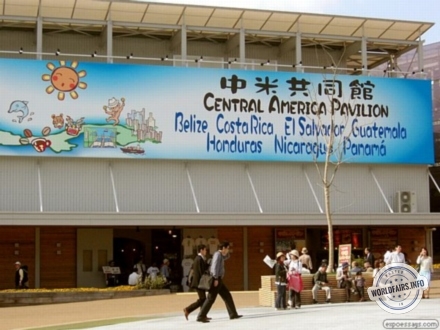 This pavilion included seven Central American countries: Belize, Costa Rica, El Salvador, Guatemala, Honduras, Panama and Nicaragua. In this pavilion, the current situation in the Central American region and its attractiveness were presented on a large TV screen.
Central America is an area facing the Pacific and Atlantic Oceans. The differences between these two oceans were presented by beautiful underwater pictures and a rare sand exhibition. At the same time, the Panama Canal linking the two oceans was presented.
Various tropical forests were reproduced using real plants. Various animals, insects and birds in Central America were also presented on a large screen.
In addition, the wisdom and techniques of people in ancient times were presented through images and exhibits of various civilizations, such as Maya, Toltec and Olmec. Finally, the visitor was presented with the fact that coffee plays an important role in the conservation of forests.