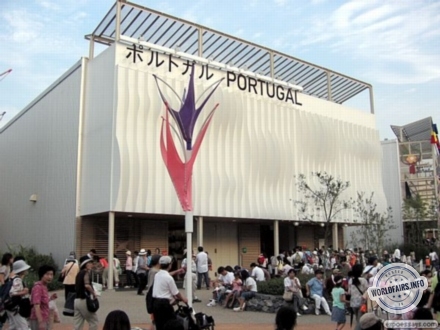 The theme adopted in the exhibition was "Nature and History: Portugal is the country where the land ends and the sea begins". A variation of this theme, "The Sea and the Land," depicted the history of relations between Portugal and Asia, including Japan. In the gastronomy itineraries, for example, the exhibits showed the influence of Portuguese cuisine and Asian cuisine (spices in food, Portuguese "tempura" in Japanese cuisine). In the art itineraries, the exhibition presented Japanese and Portuguese paintings from the 16th and 17th centuries.
The second theme, "Portugal and Japan," explained how the Portuguese introduced pistols to Japan, and presented nature and food in Japan as seen through the eyes of Luis Frois in the 16th century and Wenceslau de Moraes in the 20th century.
A third section of the exhibition, "Portugal and the Four Elements," presented the latest Portuguese projects under consideration in terms of natural resources and international cooperation.