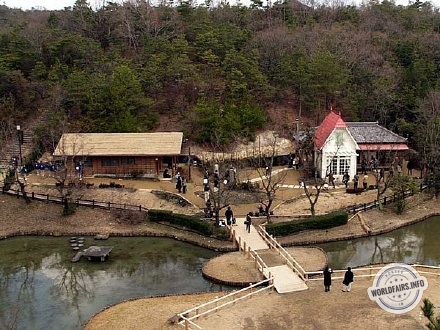 A replica of the Kusakabe residence, a 1950s house in which the main characters of Studio Ghibli's 1988 animated feature "My Neighbour Totoro" lived, has been built in the woods of the Expo site. It was built using Showa era techniques and will be artificially aged. The furniture was also brought in to reflect the film as closely as possible. This pavilion, however, does not focus on the attractions, the ancient Japanese house itself is the highlight of this plan.

Visitors can freely explore the house, looking inside wardrobes and chests and touching things, just like the heroines of Satsuki and Mei did when they first arrived in the house. In addition, programmes are offered in which visitors can get a glimpse of life in the mid-1950s to mid-1960s - what could be considered the "slow life" of the good old days, when people lived closer to nature than today.