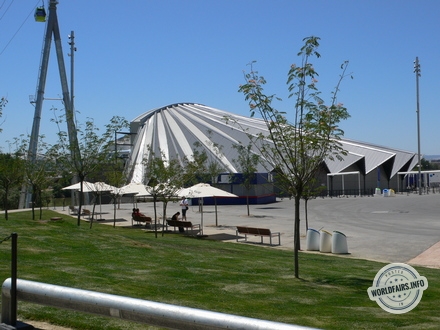 The human body is made up of 70% water, so water represents two thirds of a human being's weight. Taking advantage of this unalterable relationship between man and water, Pichón Baldinu has created a special show whose creative process is constantly evolving and being tested, and which is reinvented with each performance.
Aguador, Nilo and Chaac. Three special characters, who, accompanied by fantastic and extraordinary beings, take the spectator through incredible visual and sound atmospheres that
atmospheres that highlight the close relationship between man and water.
The originality of this multi-sensory show is the meeting of different disciplines that make the spectator take part in the event that aims to stimulate all his senses and in which he participates as an additional element of the scenic space.
Aerial theatre has different characteristics, among which the importance of the vertical space in which the action takes place should be highlighted, implying a break with the Italian tradition, as well as creating a new type of relationship between the audience and the actors.
relationship between the audience and the actors. Experimentation, the study of a new concept of theatre and the use of techniques from different artistic disciplines and climbing make aerial theatre an interdiscipline, in which music and visual contrast bind, amuse, provoke and move the spectator.