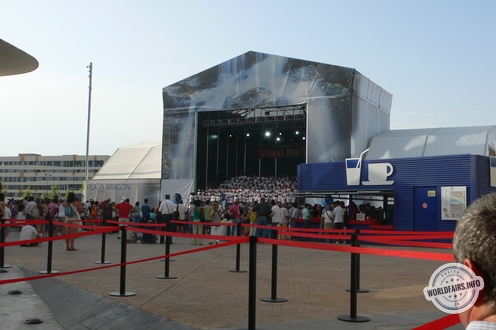 In the open spaces of the exhibition area, located mainly in the open square "Distrito 50" and along "Avenida 2008", the expo presents a varied and heterogeneous programme of large-scale shows for all audiences that are part of what is called street theatre arts.

These are performances based on visual and sonic impact which, by intervening in the inhabited physical space, transform its physiognomy and atmosphere.
Designed to be bursts of vitality and scenic energy in direct contact with the spectators, they are rooted in the rite of celebration, in risk and gift. In parallel to the performances in a fixed space, several performances cross and invade the enclosure every night, from Thursday to Sunday, making the notion of an itinerary a current of agitation and transformation.