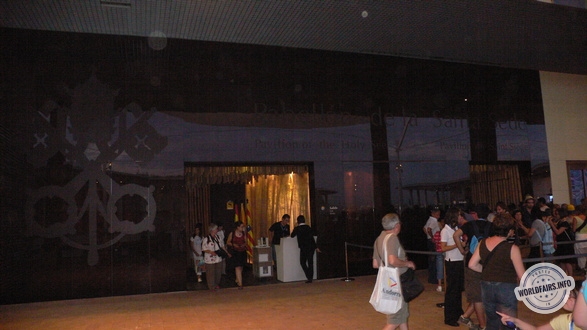 Water as the essence of life and spirituality. With this message the Holy See opens the doors of its pavilion in Zaragoza. Water is life-giving, purifying, regenerating and transcending. Access is through a symbolic rainforest that invites visitors to a reflective and spiritual journey through two large spaces, like chapels. But perhaps the most attractive feature of the pavilion is the exhibition of 40 works of art from the 4th to the 20th century. Twelve of them come from the Vatican Museums and some of them are among the earliest works of art in Christianity. A precious sarcophagus from the 3rd or early 4th century depicts the story of Jonah, who throws himself from a boat into the sea, while another sarcophagus represents Moses crossing the Red Sea. Among the pieces of great archaeological value is the 'Mystic Ship', a 4th century marble high relief that shows the Church's ship with Jesus Christ as its patron and the four evangelists at the oars. Other pieces are Spanish, such as Francisco de Goya's Venida de la virgen del Pilar in Zaragoza, which belongs to a private collection in Zaragoza, or El Greco's spectacular 'Baptism of Christ', which comes from the Tavera Hospital in Toledo. Zaragoza, Barbastro and Jaca have contributed precious liturgical objects related to water: stoupers, sprinklers, aquamaniles, cruets and incense holders.