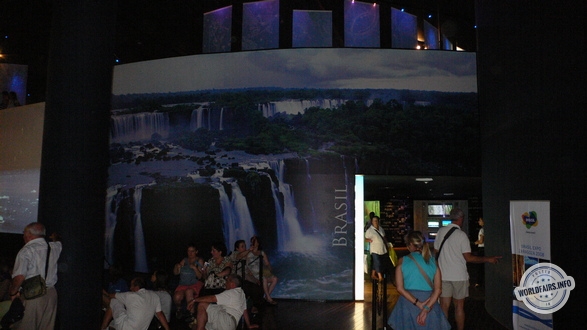 From the Amazon to the San Francisco, via the Paraná. Rivers span the vast expanse of Brazilian territory and are the source of the most ancestral cultures that inhabit the country. The main character of Brazilian geography is the Amazon River, which covers 7 million square kilometres. These and other details of the river's importance in Brazil can be discovered on the informative screens placed in the Latin America pavilion, which serve as an introduction to the particularities of each of the country's river basins. A total of 12 hydrographic regions are displayed to visitors on an interactive panel available in three languages, which allows them to navigate from one area of the country to another with a single click. In addition to locating them, the user will have access to images and detailed information about each area. A three-minute video concludes the exhibition, which shows the biodiversity of the largest country in the subcontinent.