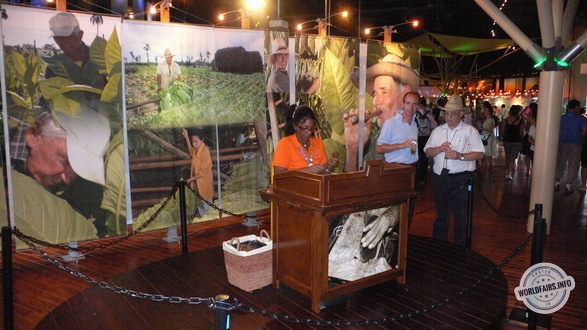 Cuba has chosen the Alejandro de Humboldt National Park and the Baconao Reserve to show the world, from Zaragoza, a summary of its natural history. The Prussian geographer and naturalist gave his name to one of the most pristine places in the world, according to the Cubans, which is the Toa River basin, between Holguin and Guantanamo. Along its 70,680 hectares, it combines mountainous ecosystems, tropical rainforests and plant formations specific to the area. And in this territory coexist world endemics such as the royal woodpecker, the hawk 'uncinatus chondroierax' or the Cuban solenodon ('Solenodon cubanus'). The Baconao Reserve is one of the largest rainforests and cloud forests in the country. But it is not only home to different species of fauna and flora. It also preserves important archaeological sites that are the source of many myths and legends dating back to the first inhabitants of the island. It is located in the eastern region of Cuba, between the provinces of Santiago de Cuba and Guantanamo. It has a surface area of 92,000 hectares, in which 1,800 species of flora alone have been recorded.