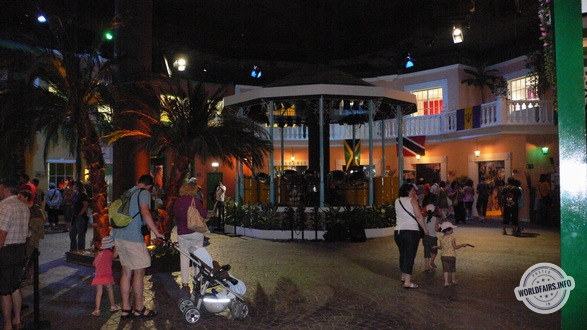 Belize presents a sample of its historical past in the Zaragoza Expo. The numerous ruins that can be found throughout its territory indicate that, for hundreds of years, the country was densely populated by the Maya. This relatively advanced civilisation eventually declined and disintegrated into small groups. Its descendants, however, still live in the country and contribute to the diversity of Belize's culture, which visitors to its pavilion have the opportunity to experience. The first references to European settlements in the area date back to 1638, mostly from British communities, but it was not until 1763 when Spain, claiming sovereignty over the area, allowed these settlers to live and work in the timber industry. The Treaty of Versailles reaffirmed these borders, but disputes continued until the end of the 18th century. From then on, British control over the area gradually increased until it was finally declared a British colony. During the 19th and 20th centuries, Belize experienced a series of democratic advances, culminating in the institution of universal suffrage in 1954. In 1973, it began to be known as British Honduras of Belize.