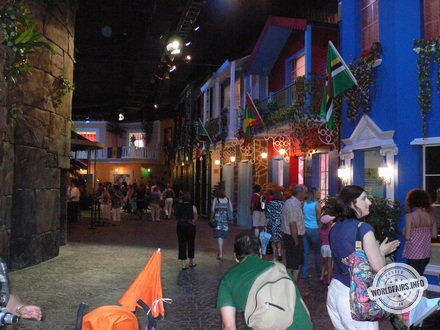 The profile of Saint Lucia is very characteristic, clear and clearly defined by the two impressive twin volcanic cones that rise from the sea and which are, today, the emblem of the island, one of those upwind of the Lesser Antilles. As shown in its exhibit, it has a fascinating history and immense cultural wealth. St Lucia's economy depends to a large extent on growing tourism and banana production, as well as being fuelled by income from small-scale manufacturing. The strong interest in environmental conservation has led to the creation of various protected areas of great beauty. Bathed by the Caribbean Sea on its most peaceful coast and the Atlantic on its steepest, the island boasts a lush rainforest in its interior, home to giant ferns, huge trees, orchids and other exquisite flowers, birds of paradise and colourful parrots. On the coast, there is a succession of wonderful beaches and marine depths to explore. Artificial reefs have sprung up around the beached boats, with a wide variety of corals, sponges, sharks, seahorses, angelfish, golden moray eels and mythical creatures under the crystal clear waters.