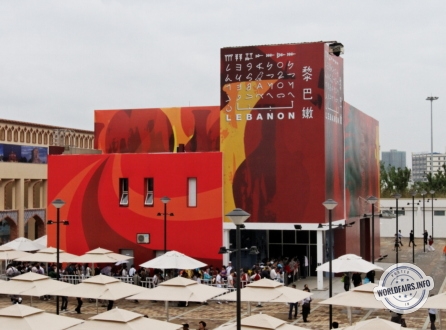 Based on the theme "City that tells", the pavilion presents Lebanese customs, the natural landscape and historical monuments, to show us a real Lebanon and tell us about the development of ancient cities.

The exhibition has an original character.

- The sarcophagus of King Ahiram is among the exhibits. The Phoenicia script on the sarcophagus is known to everyone as the ancestor of Hebrew, Greek and Latin.

- The natural wonder of Lebanon, the Jeita Cave, is presented in a multimedia way.

- Lebanese gastronomy and handicrafts and their production are very impressive.