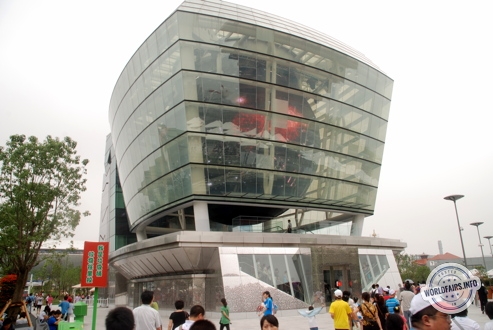 The pavilion takes on a crystalline and beautiful form. The mountain-shaped building, the colossal glass sky light and the LED globe form the main body of the pavilion. The vertical surfaces of the celestial light adopt a light-regulating film, which when plugged in, becomes transparent and allows the images on the LED globe to be seen; which when not plugged in, serves as a screen to view the projected natural landscapes of Taiwan. The exhibition spaces include the light surround screen, the LED globe screen, the Taiwan showcase, the globe screen cinema, the light switch platform and the city lounge.

- The globe screen cinema plays a 4-minute short film "City of Nature" on a loop, the Taiwan showcase and the city lounge also play multimedia films.

- The platform to turn on the light will show the "sky lantern" scene.