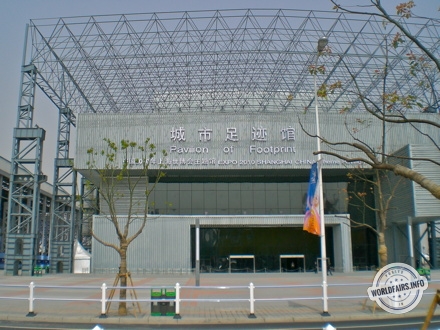 This pavilion, located in Zone D, combines traditional and modern exhibition facilities. According to the chronology of urban development, the exhibition is divided into three halls - "Origin", "Development" and "Wisdom" - to gradually show the origin of the birth of cities and their development, their humanistic and transformative logic, and their wisdom focused on innovation and harmony.

- The "Origin" room shows cities at the beginning of the agricultural age, as well as the origins of the birth of the city and its elements, the urban embryos in the Yellow River and Yangtze River basins, the first beliefs of human beings and the protective genius of cities, as well as the evolution of Greek cities.

- The "Development" room shows mature cities such as Florence, Amsterdam, Byzantium, Istanbul, as well as the streets of the Song Dynasty in China and the Edo period in Japan. This area also displays the progress of urban development in Tibet and the Imperial Palace - a symbol of the ancient Chinese capital.

- The "Wisdom" room presents cities from the industrial revolution. The "Chaplin and the Machine" zone shows the "double-edged" effect of industrialisation on urban life; New York and London are used as examples to illustrate the urban wisdom of innovation; a variety of old Chinese buildings express the cultural fusion that took place through the Beijing-Hangzhou Grand Canal; a comparison between the Shikumen of yesterday and today through comics shows the transformation of Shanghai.