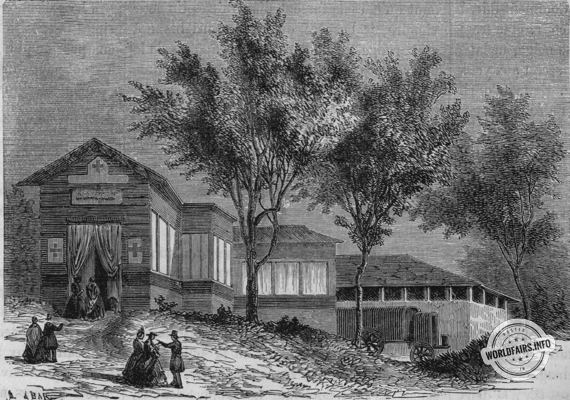 They cross the fields of carnage, euphemistically called the fields of honour, where the bullets and unconscious cannonballs hit those who dress the wounds as well as those who make them. When they fall, they are at once heroes and martyrs; for they are not driven into the bloody fray by the fury of battle, but only by the holy ardour of charity and devotion.

How blessed and glorified are the international societies for the relief of military wounded! They have civilised war, until they make it disappear. The day will come, I hope, when the white armband with the red cross, that revered sign of the apostles of peace, will calm the opposing armies as they say that a drop of oil calms the rising waves of the sea. The day will come when the nation that takes the last argument of the cannon shot will be ostracized from humanity. I do not ask that the one who draws the sword, other than in his own defence, should perish by the sword; for there must be no final crime under a redemptive law which admits repentance as expiation: but that, against it, humanity should unite under the white banner with the red cross.

In the midst of our greatest revolutionary convulsions, a simple tricolour ribbon spread over the plains of Sambre-et-Meuse, reads respect for this ideal frontier, while the banks of the Rhine, this political frontier, were bloodied by daily struggles. Would it not be possible to achieve something similar with the insignia of the international societies for the relief of military casualties? When humanity unites for such a great cause, it will be strong: being invulnerable, it will be invincible.

Although this exhibition of the repairing devices of war is quite modest in appearance, one is seized by a religious emotion and respect as one goes through it. I appeal to the testimony of Mr. Jean Dollfus, of Mr. President Bonjean, and of all the members of the 10th group who visited it together. All the nations are represented there, especially Prussia. Here are the ambulance cars, and the stretchers or cacolets for transporting the wounded along the roads where cars cannot pass. What ingenious combinations of treatment and relief pass before our eyes, guarded and described by the very men they have redeemed from death! Here, in the American exhibition, we admire a bed base made of strips of wood, truly remarkable for its usefulness and cheapness: the Americans work with wood like no one else! Further on, we are shown autographs, perfectly neat, written with artificial arms. We exclaim: we have to face the facts. We see men without arms writing, and men without legs walking. At the risk of committing an indiscretion, I will say that the 10th group has asked for a gold medal for a modest collaborator of the International Wounded Warriors Societies who is not even an exhibitor. May we be forgiven this breach of regulations!

To avoid any error, and to make this work more interesting, I am transcribing here the notes I owe to the kindness of M. Sérurier, the general commissioner of the exhibition of relief for the wounded.

"The collection that one has before one's eyes when visiting the exhibition of aid to the wounded consists of more than 1200 objects belonging to twenty different countries. Alongside stretchers, coconuts and railway installations, there are mechanical beds, surgeon's gibernets, saddlebags, a complete set of harnesses for a nurse on horseback, surgical instruments, wooden legs, artificial arms, tents, carriages for transporting the wounded, etc., canned food, models of lint, etc.

"A curious collection of photographs and books containing the most instructive and interesting details of the results obtained in the wars of the United States of America, Germany and Italy have also been assembled.

"A white flag, with a red cross in the centre, was adopted at the International Congress in Geneva. It flies over this exhibition of such exceptional character. Next to it are arranged guns, howitzers, siege pieces and, a few steps further on, the remarkable exhibition of the French Ministry of War. The limits of this notice do not allow for any further development. We cannot end it, however, without saying that the Exhibition, of which we have just spoken, is honoured by the high patronage of LL. Messrs. the Emperor and Empress, H. I. the Imperial Prince, LL. MM. the Queen and King of Spain and the Prince of Asturias, of H. M. the King of Sweden and Norway and H. R. H. Prince Oscar, of H. M. the Queen of Prussia, of H. R. H. the Grand Duchess Louise of Baden.

"The Emperor, the Empress, Prince Napoleon and the Royal Prince of Sweden visited the various parts of this important collection with particular interest and in great detail.

"The jury of the 10th group wanted to pay tribute by a solemn visit to the great idea of fraternity represented by these 20 Societies grouped under the same flag.

"One more word before ending this short and incomplete notice.

"Conferences are to be held to deal with all matters connected with the international convention of 1864. We are convinced that many members will come to give great solemnity to these meetings and great authority to its decisions and wishes. "

Let us say, in conclusion, how the International Society for the Relief of Military Wounded on Land and at Sea was formed.

In 1859, a citizen of Geneva, whom we are happy to name, M. Henri Dunant, published a moving account of the care he had witnessed on the battlefields of Magenta and Solferino. It is from this book that the work of which we see a specimen on the Champ de Mars came out, and which forms, according to the happy expression of M. le comte Sérurier, the true arsenal of international charity to the aid of armies.

On 22 August 1865, following conferences attended by the plenipotentiaries of sixteen governments, twelve sovereigns signed a convention for the neutralisation of the wounded who had fallen on the battlefield, of the personnel of hospitals and ambulances, of volunteer nurses and even of the equipment of the medical services.

Today, twenty-one States are fraternally linked together by ties that could not be broken even by the most unjust and bitter wars.

We can see that the question has worked: its complete solution is only a matter of time.