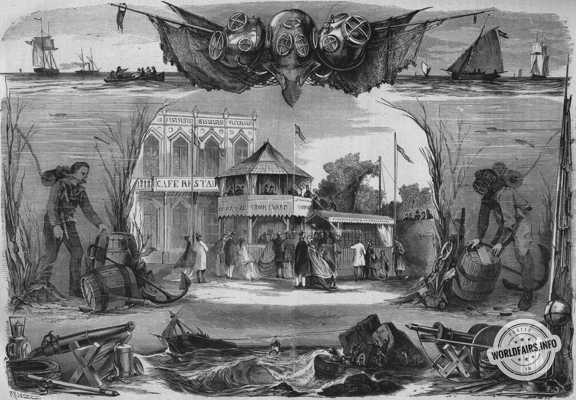 In 1824, Thomas Wilson, a member of the English Parliament, founded the first lifeboat society: but the new institution did not develop fully until 1849, under the energetic and charitable leadership of Prince Albert and the Duke of Northumberland. Thanks to the progress of the art of shipbuilding, the competition opened in 1852 resulted in a model of an unsinkable boat, self-righting and emptying in a few seconds when the sea had filled it, and soon numerous rescues, by demonstrating the usefulness of the work, encouraged public benevolence and contributed much to the development of the institution, which soon extended its ramifications into the counties. On April 24, 1860, a Royal Charter was granted under the name of the Royal National Lifeboat Institution, which now possesses one hundred and eighty-eight lifeboats, two hundred and thirty-nine life-saving appliances, one hundred and eighty-one stations supplied with lines, first aid boxes, and seven hundred and ninety-two lifebelts.

Until 1861, no attention was paid to rescue in France, but at that time the Minister of Public Works provoked the formation of a mixed commission which decided to create two hundred and twenty-three stations, seventy-four of which were equipped with boats, and the formation of thirty-five local societies. A central society, indispensable for stimulating and enlivening all the elements of the work, was soon constituted under the protection of Her Majesty the Empress, and by the care of Mr. Behic and Admiral Rigault de Genouilly, who was appointed president. An imperial decree of 17 November 1865 recognised it as an establishment of public utility, and by the end of 1866, twenty-three stations had been completed and eleven others were in the process of being formed.

The stations are all based on the same type, reproduced very exactly on the bank of the Seine, at the Champ de Mars Exhibition. They consist of a shelter house twelve metres long and five and a half metres wide, containing the lifeboat mounted on a trolley, which allows it to be transported quickly to the vicinity of the ship in distress and to be launched on all beaches and in all weathers. All the life-saving equipment and first aid boxes for drowning victims are also housed in these houses. There is the Delvigne mooring line carrier, which has already rendered and will continue to render such great services. The problem solved by Mr. Delvigne consists of launching wooden or metal mooring arrows from the coast to the ship in distress, using three types of firearms, rifles or muskets from the customs, perrier or espingole, depending on the size of the rope and the distance from the ship, thus allowing the shipwrecked vessel to be brought to the coast. Finally, the society, under the active impulse of Admiral Rigault de Genouilly, so well assisted by the devotion of M. de Criscnoy, is doing its utmost to hasten the creation of new stations, and, before long, if public charity continues to support it, on all the coasts of France and Algeria, the life of the sailor will be protected against the fortune of the sea; but lifeboats and life-saving appliances are expensive; they must be kept in good condition and trained crews must be provided for. For a single boat, fifteen thousand francs are necessary. Let the numerous visitors, attracted by curiosity to the shelter house on the bank of the Seine, not forget the trunk placed there, under the guard of a quartermaster of the Imperial Navy; the humblest offering will be the most welcome, and who knows if the widow's obeisance, by allowing the boat to be sent earlier to one of the designated points on the coast, will not save the life of the sailor in distress?

If you are ever curious to visit the depths of the waters and penetrate the mysteries of the sea, the Champ de Mars Exhibition provides you with all the means to do so. - Our drawing shows you these multiple devices with the help of which one walks in the company of fish, hunting for shells, tearing sponges and coral from the rock where they are attached; and, when the night becomes too dark, when you want to penetrate into some cave, to search its recesses, the double current of air lamp of M. Cabirol, fed by a special air pump, will give you a brilliant light.

The main devices exhibited are those of Mr. Cabirol, and of Mr. Rouquavrol-Denayrouse. M. Cabirol is the well-known manufacturer of the diving suit and, by the perfection of his products, has been able to earn the confidence of the navy and the trade, which now employs them for coral fishing: but their operation is often delicate, and requires trained men. The Rouquayrol-Denavrouse apparatus which operates every day before the eyes of the public, in this large iron tower, filled with water, where the divers descend and remain for long hours, seems destined for a very bright future. It allows the employment of the first sailor who comes, provided he is in good health; for thanks to the regulating tank which forms an important part of this system, breathing is easy and the air is always fresh. - This is how the French Navy's battleship ram, the Taureau, was able to completely clean its hull with only the help of its crew in one hundred and nine hours of underwater work.

There is no telling where the improvements and inventions will end. Another effort, and one will spend one's hours of rest at the bottom of the sea, as one is now going to take the freshness in these delightful boats, which Mr. Searle and Son of Lambeth, in London, exhibit on the English pontoon. You may safely choose from these ten or twelve different models. - If, however, you are not a skilful swimmer, a first-rate gymnast, or a remarkable balancing act, beware of some of them, which seem to be cut like fish and made to glide on the water, and even in the water, if the person who rides them loses his centre of gravity for a second. Do you want a wherry, a skiff, a funny, an out-rigger or a skiff? Everything is of a stinging solidity, witness this little Rob-roy, the glorious walnut shell which has carried its master over all the rivers of Europe, from the Thames to the Sambre, the Meuse, the Rhine, the Danube, the Reuss, the Aar, the Ill, the Moselle, the Meurthe, the Marne, the Seine and coming to admire its glorious scars here.

England has only one steam boat, all the other boats belong to Sweden, Belgium and France, and are assembled near the Egyptian Dahabia, against the French bank. - There are gathered together the Vauban, the canoe of the Forges et Chantiers de la Méditerranée, which the other day won the first prize in the international regatta, the steamers, the Sophie, an elegant Swedish boat worthy of the second grand prize, her sister the Mathilde, fine, elegant and cheerful like her, the Éole of M. Durène, the Mouche, belonging to the French company, and the M. Mourinho. It was a great pleasure to see the "Sophie", an elegant Swedish steamer worthy of the second prize, her sister the "Mathilde", fine, elegant and graceful like her, the "Éole" of Mr. Durène, the "Mouche", belonging to Prince Napoleon, and the "Fille des ondes" (Habléany), a pretty paddle-steamer with the power of six horses, which left from Pesth to come up the Danube and the rivers of Germany and France, to the Paris Exhibition.

Nothing can paint the animation and gaiety of this river, criss-crossed from minute to minute by the Mouches and the large boats going to Meudon and Saint-Cloud. - The curious, very surprised by these marine devices to which their eyes are not accustomed, are interested in all these unknown instruments, which speak to them of a new world, and stop in front of the nets of Broquant et Cie of Dunkerque, the fishing devices of Dérieu Camus of Paimpol, or the luminous globe of H. Dubois, of Nantes, which is lowered to the bottom of the water to attract fish. The Exhibition of French boating, so well organised by Mr. Benoît Champy, arouses admiration. Finally, there is an abundant harvest at the water's edge, for those who want to learn, and for those who want to be entertained. On your way to the World's Fair, don't fail to go there, and you won't regret the time spent on this charming errand.