Agriculture in Prussia and Northern Germany 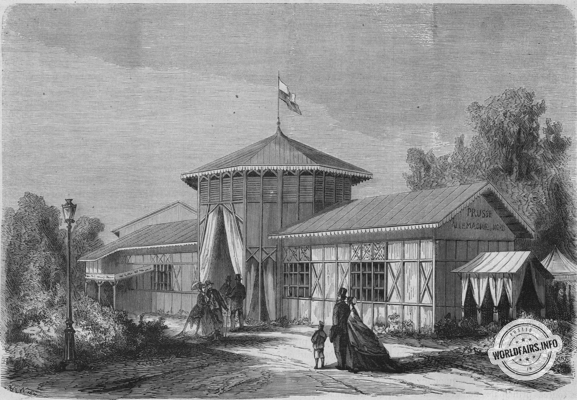 The so diverse and changing destinies of Prussia, its dazzling triumphs, followed by no less dazzling setbacks, have sustained in this energetic nation the taste for struggle and wars of conquest. To go back only to the two Fredericks, one cannot help admiring with what patient firmness, what persistence Prussia has pursued the work of its territorial development.

After twenty-five years of crushing struggles, Prussia emerged from the wars of the Republic and the Empire stronger, more homogeneous, more eager for growth. Fifty years of profound peace have enabled the former domain of the Princes of Brandenburg, the former Duchy of Prussia, the restricted kingdom of Frederick II, to re-establish its finances, to increase its army, to give new impetus to the spirit of conquest, and to take rank among the great powers of Europe.

Under the influence and energetic impulse of M. de Bismarck, the old electorate, so weak, so threatened a hundred and sixty years ago, so cautious a few years ago, has entered upon a path of ambition and conquest. Since the last war, the territory has increased considerably, has real power, wealth, political influence followed this progressive movement? Have the annexations really benefited Prussia?

It is this question that the examination of its industrial and agricultural organisation must, if not resolve, at least throw light on.

The main sources of a country's wealth are agriculture and industry. Above all, it must be able to do without its neighbours; it must not have to fear any eventuality, war on its territory or on the sea, interruption of communications, etc., for the material existence of its inhabitants. It was this principle of national and especially territorial independence that inspired Marshal Bugeaud and certain economists when they so energetically demanded protection for French sugar, for beet sugar. Once this first result was achieved, the surplus production was sold to foreign nations, less favoured by the climate and less advanced as an industry. They become dependent on the producing country. Whatever their military strength, whatever their ambition, whatever their pretensions of grandeur and supremacy, they will always have to bow to the people who hold the keys to the shop, especially if they have the prudence to protect their shop with a few steel cannons.

The greatness and power of a country should not therefore be judged by the size of its territory. We should not be overly alarmed when invasions are not accompanied by progress in the work that ensures real strength, that is, wealth. The time has passed of absorbing individuals for whom war was a means of filling their coffers. If one takes into account the repugnance of the active, industrious, agricultural and industrial peoples for wars of ambition, and if one remembers that modern wars, although very short, absorb enormous sums of money and paralyse all productive forces, one will easily be convinced that the dreams of M. de Bismarck are not realistic. de Bismarck's dreams are not easy to realise.

In a word, and to sum up, the true criterion of the power and future of a people is the state of its industrial and agricultural production.

Today I shall leave aside industry, which must be the subject of a special examination, and I shall deal only with an exhibition of tools, machines and agricultural instruments which Prussia has opened at the Champ de Mars.

In the Park, in the middle of the Prussian quarter, a few steps from the famous oriental pavilion, whose presence is not yet sufficiently justified to everyone, stands a rather large shed, the construction of which is reminiscent of the workshops of our railways. On the top of the central pavilion, the Prussian flag flies, above the main door, we read: "Prussia - North Germany".

It is, in fact, in this building that Prussia and North Germany have piled up, in no particular order, ploughs, farming machines, model plans of farms, farmers' houses, etc., etc., etc. The eye has some difficulty at first in grasping the whole and the details of this somewhat confused exhibition. One expects an exclusively agricultural exhibition, and the variety of the objects exhibited surprises the mind at first. I must say at once that this room does not contain everything that Prussian agriculture has sent to the Universal Exhibition. Billancourt contains the most remarkable instruments exhibited by each nation. It would therefore be unfair to pass a final judgment on the progress or situation of Prussian agriculture after a visit to the pavilion of the Exhibition.

The eye is, as soon as it enters, attracted by the gleaming steel of the ploughs whose shape and size already indicate the inferiority of the terrain. It is well known that the soil in Prussia is not very deep. The ploughshare quickly finds the tuff, and in many places the topsoil is mixed with the sand as twenty is mixed with a hundred. This ungrateful land requires constant care and hard work, the more expensive the lower the ratio. The agronomists who have travelled through Prussia return to France frightened by the difficulties encountered by large-scale farming in King William's country.

They do not see again without pleasure the admirable and fertile plains of Beauce and Brie, and recognize with satisfaction that if the soil of Prussia is rich enough in metals to allow it to forge cannonballs and to melt cannons, the soil of France is fertile enough to allow it to sell to Prussia something to feed its soldiers.

Agriculture could be represented by a circle which, beginning with cattle, embraces manures, fertilizers, cereals, seeds of all kinds, natural or artificial meadows, fodder, and ends with cattle. It all fits together. Without good land, there is no grassland, without grassland, there is no cattle, without cattle, there is no fertiliser, hence no good land, and you can see that once you are in this circle, it is difficult to get out. Well, Prussia, having only meagre land, without juice, without strength, without food, cannot give abundant fodder, cannot feed cattle.

Would not the terrible epizootic which has caused so much suffering in Northern Germany recognise, as the cause, not of its birth, but of its development, the insufficient food provided by its pastures? France, which is linked to Germany by so many and so frequent communications, did not have to suffer from this epidemic, and yet the cordon sanitaire which was supposed to protect our horned animals was only re-established after the appalling ravages had been observed.

Does this mean that Northern Germany does not produce cattle? No, it does not. But it is easy to compare its products with ours or with English or Swiss products.
Some agronomists assert that the great breeds imported into Prussia lose, after a few generations, their special qualities, and all gradually merge into a mongrel species, of no particular value.

I have said that the Prussian Pavilion contained a number of products more or less closely related to agriculture. I will mention a rather ingenious carousel, exhibited by Mr. Glœkengopell, which allows four horses to be harnessed. The merit of this device is that the force is acquired without tension.

A little further on, there is an ingenious machine for grinding, by Messrs. Henckel and Steck, of Frankfurt. Mr. Victor Rack exhibited a machine for cleaning towels. This manufacturer, whose factory is in Erdmannsdorf, was careful to indicate the price of the machines he exhibited. This attention, which I am surprised not to see more general, is nevertheless indispensable. In industry, as in agriculture, do not questions of price have a supreme influence? It is not enough for an instrument to produce more or better, the purchase price must not destroy, by its increase, the good results it otherwise gives.

Let us mention in passing a moose, a superb stuffed animal, taken from the forests of East Prussia; - a stone drilling machine, quite ingenious, but very noisy, and which would seem to me to be better placed in the gallery of the metallurgical industry; - a barrel, I was going to say a keg, unpretentious, moreover, and which is content to contain the small total of 1200 litres. This barrel is quite elegant. On the front, it bears a statue in relief of the immortal Gambrinus. What I like even more is the shape. This barrel is quite high, very wide, and shallow from one side to the other. It necessarily follows that the suspended bodies which, by resting, gather at the bottom, occupy a smaller surface. But I don't like the price of 350 fr. for 1200 litres! when Mr. Frey, from Diessenhofen, exhibits, at a price of 3500 fr., a cask that contains 50,000 litres!

Clearly, cooperage has not yet been democratized in Prussia, and Mr. Bodenheim, from Allendorf, will have some difficulty in competing with his rivals from Switzerland and France.

Among the main exhibitors, I would like to mention Mr. Shlickeysen, from Berlin, and Messrs. Hertel and Cie, from Nienburg, who received an award for their machine for making solid or hollow bricks.

I have saved for the end the exhibition that most interested me.

I cannot conceal my sympathy for the efforts of a few generous people to improve the lot of the workers and to provide healthy, airy dwellings.

I cannot conceal my sympathy for the efforts of a few generous minds to improve the lot of the workers and to give healthy, airy, comfortable dwellings to those who fertilise the land and enrich the country. Is not material well-being a right for them?

While the strollers of the Champ de Mars are going to admire with confidence the famous workers' houses of 3000 francs, I will call their attention, and that of competent people too, of farmers, of large landowners, of heads of large rural exploitations, to the model exposed in the Prussian annex.

Perhaps not all the desired advantages have yet been achieved? But I can see some important ones: the low price, the convenience of the accommodation.

The house is separated in two by a thick partition in which communication doors can be made. The ground floor is divided on each side into bedrooms, a common room and a kitchen. The ceiling is very high, which facilitates ventilation. A staircase in each dwelling leads to the first floor, which forms either separate rooms or a huge attic, as the inhabitant wishes. Above this floor, there is an attic which, due to the steepness of the roof, can be used as a loft. - The model is cut in such a way as to show the interior layout and the arrangement of the various rooms. It is perhaps worthwhile to indicate how the 5100 fr. cost of this house is divided up, these figures have their eloquence.

This, I confess, reconciles me a little with Prussia. One cannot despair of a people when the concern for the interests of the workers is so eloquently manifested. - But it is not enough for the farmer to be well housed, the land must be fertile and respond to his efforts....

At the beginning of this article, I said that the two main sources of a country's wealth were agriculture and industry. Today, Prussia lacks agriculture. Will industry at least redeem this inferiority and give her on the European markets that high supremacy which M. de Bismark so ardently desires for his country? This is what I shall examine in a future article.