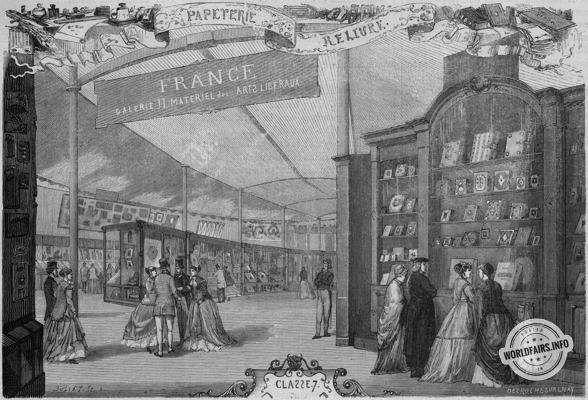 Bookbinding can be counted among the most charming and difficult arts. It also has, for us, the merit of being a truly French art. I am not talking about the Middle Ages; we have only uncertain notions about bookbinding at that time. We only know that in the convents the monks who were bookbinders were as highly regarded as the monks who were copyists. One of these monks, Brother Herman, even followed William the Conqueror to England and became Bishop of Salisbury without losing his reputation as an artist skilled in covering manuscripts with velvet, gold, silk and silver. There is also mention of a certain almanac on vellum owned by the head of the Capetian dynasty, which was bound in silver-lamelled snakeskin. It is said that Mathias Corvin, King of Hungary and a passionate bibliophile, was responsible for the use of morocco in bookbinding. But from the sixteenth century onwards, French bookbinders had a universal reputation. Precious books were sent to them from all over Europe and entrusted to their renowned talent.

They had already reached a remarkable level of perfection. Like printing, bookbinding has this particular character that its masterpieces are to be found mainly in its cradle. It has had its Esteins and Elzevirs from the beginning, and sometimes, very rarely, in public sales one sees a volume from the library of Grolier, treasurer of François I. What elegant and solid execution! What delicious taste in the ornaments? What a stamp, in a word, of personal and complete work! We do not know the name of the artist who executed these bindings, but he was certainly a master in his profession. And the books of President de Thou are still so sought after for the beautiful conservation of their bindings! He had spent no less than twenty thousand ecus on them, that is, four to five hundred thousand francs today. The eighteenth century did not do better and yet, this beautiful eighteenth century, what illustrations does it not have in the charming art with which we are concerned? Le Gascon, Desemble, Derôme, Bauzonnet, Bozerian, Pasdeloup, names that make true amateurs tremble and to which it is only fair to add those of Capé, Niedrée, Simier, Thouvenin, Relier, Despierre, Hardy, Duru, etc. To find one of these exquisite volumes is to find a jewel of Benvenuto Cellini; is there indeed a finer jewel, for example, than an elzevir of 130 to 140 millimetres, tightly bound by Bauzonnet or by Simier in lemon morocco with Mets, lined with white morocco also with fillets, the edge gilded, such as I hold one in my hand? It is easy to understand how a well-bound book can be a work of art, forming a complete, harmonious whole and giving the sensation of a perfect thing in itself, with all its parts in the best possible relationship.

But for the enjoyment to be complete, one must be a connoisseur, and connoisseurs are rare in bookbinding, not in the appreciation of ornaments and colours, but in the appreciation of the essential elements of a good binding. If this knowledge were more widespread, we would not see so many manoeuvres dishonouring this amiable profession and delivering shapeless, awkward, ungainly volumes, badly sewn, badly backed, having no more solidity than elegance. This is the same way in which tailoring has been applied to bookbinding as it has been to clothing. We know, in this last order of products, what strange things it has begun to swaddle the good French people with. Well, the innumerable people of books are no better treated. It is true that few of the shoddy books that are now made for us with their plastered paper, their grotesque characters, their justification as it is, deserve to be properly dressed.

A well-conditioned binding should be strong, light and elegant at the same time, the volume should open easily and remain open on the table on any page, the cover and leaves should form a well-packed whole. The spine should break easily without retaining the traces of the break, the headband should be absolutely regular, the outer margins should be trimmed as little as possible. This is one of the most important issues for book lovers, along with the sewing issue. It is only satisfactorily solved when the boards are trimmed squarely before being applied.

All these qualities seem to be quite elementary. Their combination is however very rare, and such a brilliant binding, with lace, irons, complicated fillets, cut-out ornaments, will not be worth for the connoisseur the simple binding where all these principles have been meticulously and skilfully applied.

This last type of binding, the really useful, common, practical binding, does not show up very well at the Exhibition. I have only seen an off-line execution at Marne, the ordinary bindings of this house are as solid as they are elegant and surprisingly cheap. In awarding him the grand prize of honour in his class, I am convinced that the jury took into consideration this speciality among the many industries which animate the great factory of Tours. One could examine these volumes with a magnifying glass to find something to pick up. The merit of a profession - it cannot be repeated too often in the presence of certain phenomenal exhibitions - is not in the costly birth of an exceptional product, made only for the watch and the eye-patch, it is in the combination of the most perfect execution and its possible and economic application to the most widespread use. Marne's bindings solve the problem completely. They combine professional perfection with low cost. This is true and great industry. The Marne company exhibits very beautiful specimens of luxury bindings applied to its great books: the Touraine, the Gardens, the Bible, La Bruyère, etc.

With the other bookbinders who exhibited in class 7, we return to artistic bindings, reserved for rich amateur libraries. M. Cottin, Simier's heir, has a very fine exhibition in this genre, which earned him a large medal. I will mention the copy of the Life of Caesar given by the Emperor to the library of the Corps Législatif: it is very rich, but a little overloaded.

The crowd stops especially in front of Gruel-Engelman's shop window. They are ecstatic in front of a wedding book on suspended vellum, as the Sancy diamond is suspended in the jewellery section, and whose Catherine de Médicis binding is quoted at twelve thousand francs. Next to it is the Count of Os-mont's hunting book, covered in wood and sculpted with great art. Let us not forget a book of hours belonging to the count of Vogué with steel ornaments of a very good taste and a beautiful effect.

Mr. Engel's exhibition is very mixed. I noticed a book (Botanique à ma fille) whose gilding is of remarkable invention and delicacy; but next to it there are overloaded, colourful books, such as this copy of Love and Psyche which a true amateur would never admit into his library. It would be unfair to forget a few volumes whose spines, gilded by the press, are well executed.
M. Cayley-Hirou got a medal. I will not dwell on his imitations of parchment, which are very good, but I will say that the medal would be fully deserved just by this in-18 copy of Gœthe's Renard, a truly exquisite volume in fawn calf, a fine jewel of a charming and sober taste.

M. Lenègre has a magnificent folio (Iconography of the Palace of Fontainebleau), beautiful classics bound with elegance and solidity and very rich albums.

The volume: Vie des Saints, presented by M. Parisot, is not without merit. It is red and green with silk endpapers and chiselled edges. But I prefer his breviaries, which he sets at 8 fr. 50 c. and 12 fr. and which are very pretty and very advantageous.

In short, bookbinding is not progressing, our artists imitate the types of their predecessors without giving them any particular stamp. This can be seen by looking at the volumes exhibited in the Gallery of the History of Work. The eighteenth century gave its cute masterpieces particular types, a special and new twist. How will we recognise the bindings of the nineteenth century?