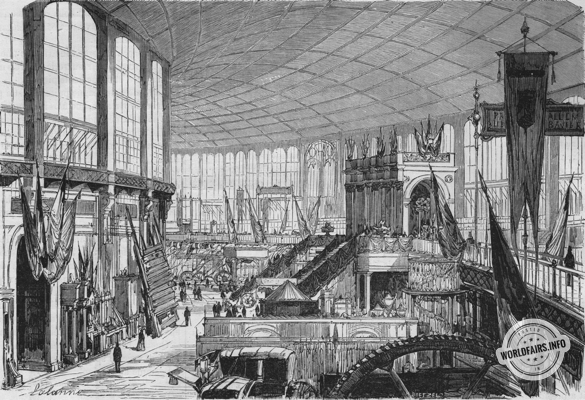 The country is not rich; not a single machine is in motion, almost all the builders are content to send models whose transport is less costly than that of the apparatus. Moreover, these artists, musicians, inspired sculptors and skilful painters are a little frightened by the rough machines; used to marble, they disdain iron. The mechanical exhibitors are called Cuppy or Westermann, these are strange Italians. The English have everywhere become engineers: the Cokerills in Belgium, the Scott and Powels in Rouen, the Westermanns in Genoa, etc.

There is, however, one exception; the Italians have a real blacksmith: Ansaldo, whose gigantic workshops deliver 900 horsepower machines. This proves that Italy will later be able to manufacture its own machines as well as France. For the moment it is inventing them. We have noticed a steam engine without a dead centre, a horizontal machine by Woolf, and above all Bonnelli's electric loom, so unjustly forgotten in the list of awards.

We shall not finish without saying a word about the boric acid operations which earned a special prize for the Count of Larderel; for this is certainly the only industry in which man has yet dared to bring into play the Plutonian forces, and has dug artesian wells to collect the emanations of volcanoes.