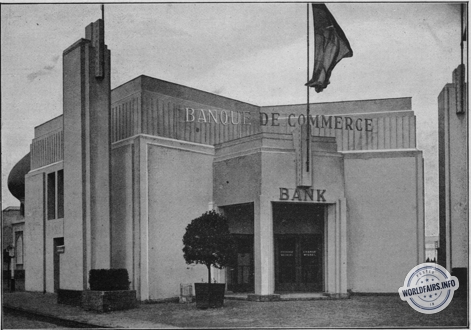 The present Bank of Commerce, which was incorporated as a limited company in 1893, is linked by an unbroken line of private organisations to banking houses already known in Antwerp at the beginning of the eighteenth century.

However, it was only after the Great War and in order to cope with the new economic conditions that resulted from it, that the Bank of Commerce, renouncing its character as a local institution, was anxious to expand in the country by setting up branches in Brussels and Ostend and to secure strong international support through arrangements with the Barclays Bank Limited group in London.

This development, which was reflected, among other things, in successive increases in its capital, which was thus raised from 14 to 60 million francs, did not, however, alter the line of conduct, which a long tradition imposed on it, of being primarily a commercial bank and of seeking above all to meet the financial needs of the Antwerp trade.