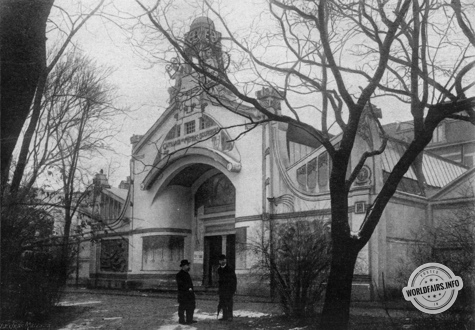 One of the ways of improving the lot of the middle classes lies in the spread of the use of small, sophisticated tools, capable of reducing the cost of labour, while leaving the craftsman free to exercise his individuality.

The Government has endeavoured to encourage the creation and purchase of such small tools, particularly in recent years. First of all, it considerably reduced the taxes imposed on the engines of small industry; then it encouraged with all its power the organisation of unions for the purchase of machines. As we shall see later, when discussing the Pavillon des Métiers, a large number of such associations have been founded in Belgium, especially in the industrial regions. Craftsmen and small industrialists who wish to participate in the subsidies granted by the State for the improvement of small equipment must be affiliated to them.

In order to obtain a subsidy, the interested party must agree to show the equipment to those of his colleagues who would be referred to him by the technical service of the petty bourgeoisie.

In addition to the temporary exhibitions of small tools, the Government has organised experimental lectures which are given throughout the country by a specialist engineer, using machines purchased at State expense. When the studies of the specialists indicate a deficiency in the tools of a bourgeois trade, there may be profit in stimulating the research of the manufacturers by the institution of a competition. It was with this aim in mind that the Government gave its patronage to the competition opened by the Antwerp Bakers' Union for the search for a good mechanical kneading machine adapted to the needs of small bakeries. An appliance meeting all the required conditions was awarded a prize.

Finally, the government attaches particular importance to the creation of professional museums. In particular, it has granted its patronage to the Provincial Museum of Industrial and Vocational Education in Charleroi, and has urged the competent administration to draw inspiration from the examples set abroad and to complete its work by organising a special tool section for the bourgeois trades. This section is working and providing many services.

The study of the tool loan has been pushed forward by the Government on a basis similar to that of the societies for the construction of workers' dwellings.

Small industrialists and craftsmen will thus be able to acquire improved equipment which they will pay for in monthly instalments from the profits made from the installation.

An International Exhibition of Small Tools was held in Ghent in 1904. This exhibition, the first of its kind, was a great success. Professional congresses were held on this occasion and a considerable number of small industrialists took a keen interest in it.

However, because of its novelty, the Ghent Exhibition had its shortcomings. Some professions were well represented, while others had insufficient or even missing small tools.

It was this fact that prompted the Government to organise a special section at the Liège Exhibition for the tools of the middle-class trades, a section conceived according to a methodical plan and comprising a series of model workshops, where the most advanced tools for each profession or group of professions would be found as far as possible.

The middle class sections of the Department of Industry and Labour studied the means of realising these desiderata.

As a result of this study, the following principles were adopted:
1. The exhibition of tools would be exclusively of a professional nature and would be organised directly by the Ministry.
2° It would be closer to the model workshop type than to the tool builder's collective type. And in order to better attract the attention of the interested parties, it would be placed in a special pavilion, outside the machinery hall.

A patronage committee was appointed to collaborate in the organisation of the pavilion.

This committee handed over the task of studying the details to an executive committee which brought together the most competent personalities for this work.

The chairmanship of this executive committee was given to the learned and devoted director of the Montefiore Electrotechnical Institute in Liege, Mr. Eric Gérard.

Two vice-presidents, Mr. Jean Stevens, engineer, director of industrial and professional education at the Ministry of Industry and Labour, director of the Secretariat of the International Institute of the Middle Classes, secretary of the National Commission of the Small Bourgeoisie, and Mr. Thonet, director of the Belgian Company of Enterprises and Works, in Liege, gave him their precious assistance. They had, as secretary and deputy secretary respectively, Mr. De Walque, engineer at the Section teclinique de la Petite Bourgeoisie at the Ministry of Industry and Labour, and Henri Demonceau, engineer, in Liege.

Messrs Béer, Boty, Brassinne, Janssen, Lambrechts, Lonneux and Timmermans were appointed members of this committee. Originally built on the site designated by the Exhibition Society, behind the Palais des Fêtes, the Pavillon du Petit Outillage was later rebuilt in a more favourable location at the Jai'din d'Acclimatation, next to the Pavillon des Métiers.

Despite this setback, it was able to open in the first days of July.

This pavilion, which was 50 metres long and 10 metres deep and occupied an area of 500 square metres, was built by the Ghent Art Decoration under the guidance of the architect Van Hoecke-Dessel, who drew up the plans.

Two buildings, in the form of factory halls, flanked the central part of the pavilion on either side. The entrance was located in the central part. Above, a tympanum, painted by M. Bertrand, a painter from Ghent, represented the hard work of yesterday and the work of today, where the machines doing the heavy and hard work only leave the craftsman the task of guiding their efforts and the execution of finer work, where his personal genius will be revealed. An artist-sculptor, M. Desmedt, of Ghent, had expressed this same idea in two model bas-reliefs on the right and left of the pavilion. On the graceful factory bell tower above the gateway hung
two figures again personifying the aspect of modern small-scale industry.

It was in this original pavilion, whose light tone blended harmoniously with the fresh hues of the nearby foliage, that a number of model workshops were set up relating to the following professions:
Woodworkers, painters, plumbers, boilermakers, brushmakers, ironworkers, butchers, printers and glaziers, tailors, milliners, watchmakers, bakers and confectioners.

The Minister had also installed two larger central workshops in the pavilion, representing the facilities that could, in some cases, be set up for its members by a professional association. These workshops related to the woodworking and shoemaking trades. The workshop for the latter profession was a reproduction of the central workshop set up in Berlin by an association of shoemakers, the only way for them to successfully compete with the mechanical manufacture of shoes. Each shoemaker, while retaining his professional individuality, had the work entrusted to him by his own customers carried out in the central workshop of his guild.

It will be useful to indicate here briefly the composition of the tools gathered in each of the workshops of the pavilion.

Plumbers' workshop. - A 2 HP electric motor driving a metal cutting and planing machine, a hammering machine. This workshop also contained a bending, rolling and beading machine, and a series of other small machines and devices for the work of the plumbers-zincers.

The central workshops for woodworking and shoemaking contained a complete set of the advanced machines used in the large workshops.