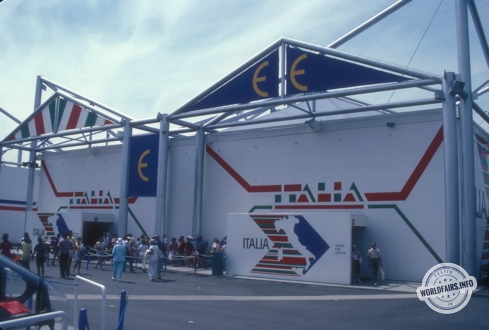 The first Roman road, Marconi's first wireless transmissions and modern sports cars are just a few examples of Italy's achievements in transport and communications. The Italian pavilion showcases the creativity and ingenuity of a country that has influenced science and art around the world.

Italy is surrounded by the sea to the south, east and west. The obstacles posed by its geography have been overcome many times over the centuries. Marco Polo, Christopher Columbus, Americ Vespuce and John Cabot, among others, are credited with shaping the current world map.

Its scientific tradition is based on the achievements of Leonardo da Vinci, the visionary genius who devised the helicopter and the submarine and made it possible to locate the earth in the universe.

This creative tradition continues to this day, as evidenced by the Italian pavilion.