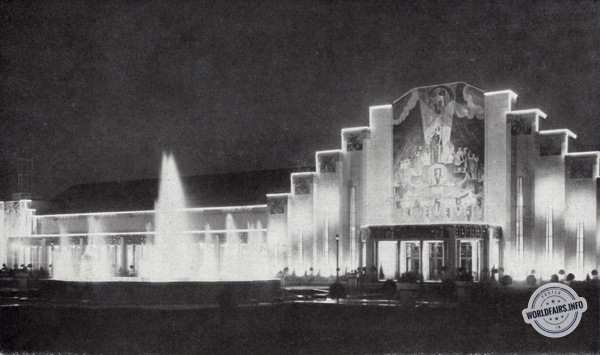 There is a light fountain on the Albert I esplanade, and another at the end of the Avenue de l'Industrie.

There will also be one in the gardens of the French participation.

These fountains are played every Sunday, Thursday and Saturday.

The façades of the palaces are illuminated (by powerful reflectors and neon tubes) on Mondays, Tuesdays, Wednesdays and Fridays.