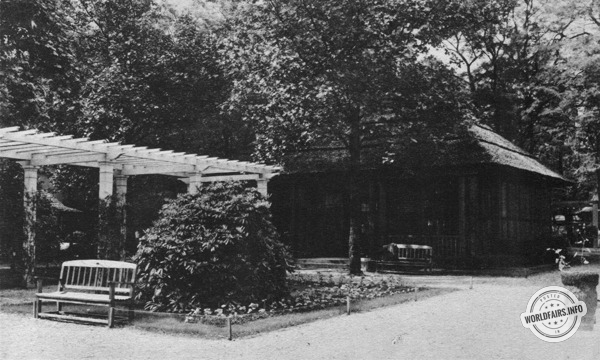 The Société Hydro-Electrique de la Réunion, founded in Paris in 1928 by the Compagnie Financière d'Etudes and the Energie Electrique de la Réunion, is the concessionaire of the three most interesting waterfalls of the island. Having noted that the prosperity of Reunion depended essentially on its crops and that the yield of these was limited by the lack of fertilisers and manpower, it conceived, under the impetus of its Consulting Engineer, Mr. Louis Guérin, the programme set out below. This programme has two remarkable characteristics.

The first, which has earned it the moral and financial support of the public authorities, consists of ensuring the development and prosperity of the colony in a very complete way by using only a small part of its natural resources: the water from the peaks, the sand from the beaches, the nitrogen from the air.

The second, which is of special interest to capitalists, is not only to bring about the general electrification of the country and consequently to have a choice place in the creation of all kinds of processing industries, but much more in that all the water from the developed falls will be wealth-creating because all the energy not absorbed by the users will be transformed into fertilisers manufactured electro-chemically.

The programme currently underway therefore consists of the following
To create a hydro-electric power station on the Rivière des Marsouins with a 570 metre drop, the power of which will progressively reach 40,000 HP.

To transport the energy produced by means of a 65,000 volt line which will make it possible to supply electricity networks serving all the centres of use.

To build an electrochemical plant on the west coast of the island near the coral sand beaches of which the Company is the concessionaire, powered by the 65,000 volt line and producing nitrate of lime. This fertilizer is particularly well suited to the soil of Reunion Island where, according to local trials and the example of the Hawaiian Islands - which have the same climate and constitution - it will quadruple the yield of crops.

Lime nitrate will be manufactured according to the Schlœsing process which involves the direct action of nitrous gases on the lime extracted from coralline sands, the nitrous gases resulting from the contact of air and the electric arc. The Schlœsing process was industrialised in France by Azote Français on the initiative of Mr Louis Guérin and at the request of the Compagnie Financière d'Etudes.

The product is obtained in granulated form; moreover, it is the only one that retains all its qualities in tropical climates. It will be sold exclusively by the S.H.E.R. under the brand name "Ensac" in the islands of Reunion, Mauritius and Madagascar.

The programme of the Société Hydro-Electrique de La Réunion also provides for the development of 4 to 5,000 hectares of land by combined drainage and irrigation, the supply and distribution of drinking water to several towns, the electrification of the railway (126 kilometres), the workshops and the handling and dredging equipment of the Pointe des Galets port.

Among the next achievements, we can mention the equipment of a funicular which will allow the inhabitants of Saint-Denis to reside at Le Brulé, a climatic station located 4 kilometres from the capital and at an altitude of 800 metres.

In summary, the general electrification of the island and the sale of fertilisers at an advantageous price will make it possible, without additional labour, to increase production considerably while lowering the cost price, to create processing industries, to exploit the railway and the Port economically, to improve the living conditions of the inhabitants, to avoid deforestation and fuel imports, to increase exports considerably and consequently the wealth of the Colony and the Colonists.

It can be concluded that the programme of the S.H.E.R., while presenting undeniable advantages for its participants, conditions the future of Reunion and authorises the most beautiful hopes for this beautiful colony.

The Société Hydro Electrique de La Réunion is affiliated to the Union Electrique Coloniale, a public limited company with a capital of 20 million, having its headquarters in Paris at the same address. This company extends its activity in North Africa to the sectors of Batna, Gafsa, Djelfa and Touggourt. Through 210 kilometres of 22,000 volt lines, it supplies the towns and the large farms of the Bône plain. It has significant holdings in the Société des Forces Motrices du Kheneg (25,000 hp) and in the Union Electrique Tunisienne. In Equatorial Africa, it is the concessionaire for Brazzaville and its subsidiary, Société Hydro-Electrique du Congo, is going to equip the Djoue Falls (40,000 HP).

Finally, in the Orient, it is the concessionaire for the distribution of electricity in the territories of Nouméa and Pondicherry.