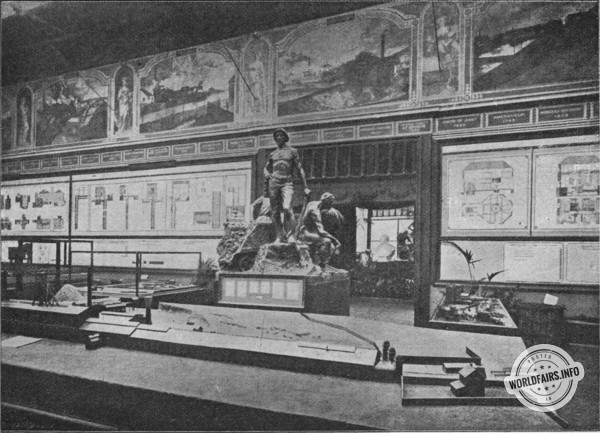 The Administration of Mines, eagerly accepting the invitation of the Community, had given the Exhibition very valuable assistance and was represented on the Organising Committee by Mr Dejardin, its Director General, Mr Watteyne, Inspector General, and Mr Breyre, engineer.

In the foreword to the explanatory note on this special Exhibition, Mr. Dejardin had very clearly described the need to show the public something other than the individual and poorly coordinated Exhibitions that were previously offered.

Until now, he said, all the mining exhibitions that have followed one another in our country have been marked by a feeling of particularism that was justified to a certain extent by the very legitimate desire to see the efforts made by those who took part in them rewarded.

Even though, for reasons of organisation, location or other, our coalminers got together to exhibit together, the communities thus formed were in reality no more than the juxtaposition of individual exhibitions where each interested party presented its work with more or less art and talent, samples of his products, sections of his deposit, plans or models of his most recent installations, sometimes also, but more rarely, the model of one or other process or apparatus that he thought would interest the visitor. In any case, the latter, whether he was simply curious, a technician or an economist, could not take away from his visit any information likely to enlighten him on the real importance of the industry of which he had just seen some scattered data.

It is against this particularism that the coal associations of the various Belgian coalfields intended to react, by organising, under the inspiration of a generous idea which cannot be praised too highly, on the occasion of the Universal and International Exhibition of Brussels, a collective and impersonal exhibition, which would enable the importance of our coal industry, the various stages that its equipment has gone through and the degree of perfection that it has reached, to be embraced in an overall view.

The timing could not have been better, and the programme that the Committee had set out to implement was followed. Nothing was left to chance. Everything was studied, coordinated and developed with a remarkable concern for accuracy, and this is how we were able to interest all visitors in the many stages of struggle, valour and success of the Belgian coal industry.