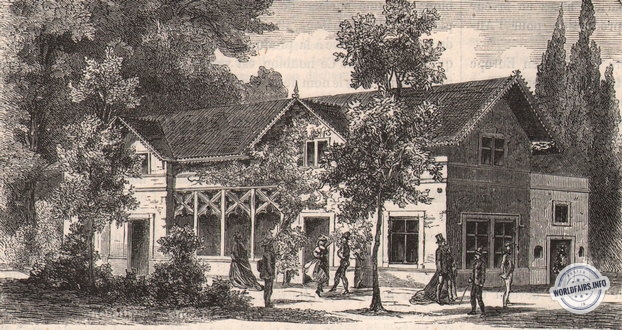 Italy once dominated the world. Before its political power, peoples and rulers bowed, its literature served as a model for the choicest minds of other nations, and its artistic tastes made its neighbours seem barbaric. But this is already ancient history. Italy has since fallen into decadence, and it has taken some time for her to rise again. But where the country has retained its importance is in the cultivation of the vine.

France and Hungary alone can compete with Italy in this field, which knew its strong side perfectly well and wanted to prove its power at the Exhibition.

The most exquisite wines of Naples, Sicily and Elba were to be found at the Italian osteria; but no one will easily forget the nerf wine found in the vicinity of Padua, and the just terror it inspires in lovers of good wine.