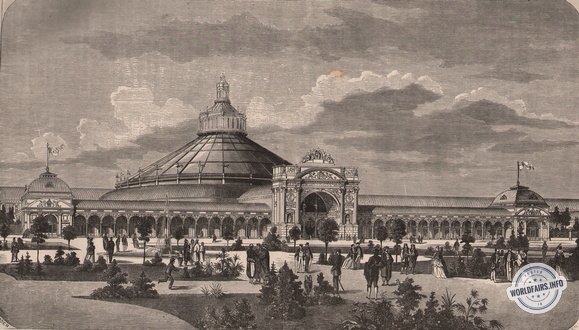 This building presented a vast overview of industrial products from all over the world.

But the most distinctive feature of the Palace of Industry was undoubtedly the
The engineer Scott Russel based his design on a 45-metre high dome that was present at the 1851 World Exhibition in London. The architect Friedich Schmidt was entrusted with the construction of the building, but he encountered huge problems in the construction of the roof, which led to a delay in the completion of the building, which was not finished until 1873.

To crown the rotunda, a replica of the imperial crown was made, which was 4 metres high, gilded and encrusted with stones.

The Palace of Industry was completely destroyed by fire in 1937.