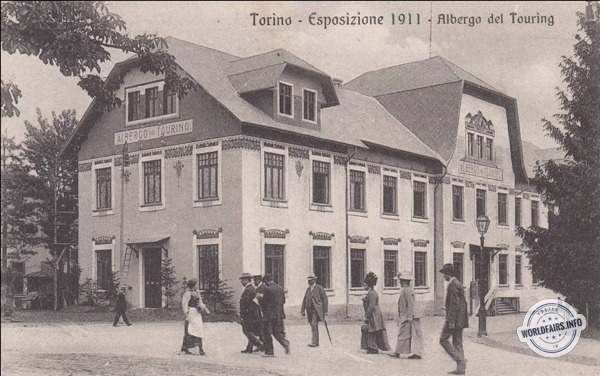 The mountains not only excite our imagination with new and virgin sensations, but they also powerfully stimulate our appetite with the play of our muscles, with the sting of the pure and lively air of the glaciers.

Who has not read Tôpffer's "Les Voyages en zig-zag"?

Around 1840, a quarter of a century before the birth of the Alpine Club, the good Tôpffer took the pupils of his boarding school on a tour of the Alps every year during the summer holidays and then described the impressions with his Genevan finesse, with the delicate malice of a true humorist and the passion of a sincere mountain lover. The great preoccupation of each day's journey was to find food; the fixed idea, the main concern, was the search for the hotel where in the evening he and his noisy band could find lodging, like a general with his soldiers. The climbs on the barns at the chalets of Nant-Bourrant, of Les Mottets on the Mont Blanc road; the atrocious fasts, the ferocious bleeding of the purse; the caricatures of the hoteliers who have disappeared for so many years from the scene of the world, still pass before us, making us smile with the vivid sketches and the expressive words of the storyteller.

Each of us has certainly had some similar adventure while hiking in the mountains. We all remember some tiring excursion where, after sweating blood and water, we arrived, perhaps in the middle of the night, at a village lost in a valley, at the foot of a difficult pass to climb, with the prospect of a meagre supper, a tormented night on an impossible bed, in an obscure, cold, fetid inn, which we left in the morning more tired than before, with the firm intention of never returning there.

Fortunately, this is a picture of the past; these were the heroic, I was going to say prehistoric, times of mountaineering. Civilisation has also blown through the valleys of the Alps, driving out the miasma of dirt and ignorance. Where the train doesn't arrive, the car does and the Touring-Club presents us here, on the slope of the Alpine village, its Model Mountain Hotel.

The fresh, fragrant wood invites us to enter without defiance. Air and light circulate in the hallway, on the stairs, on the upper floors, spreading everywhere an atmosphere of well-being and cheerfulness. The price signs are in sight, no deception is possible. We can stop and even stay in the pretty house, without our purse having to fear the surprises and abrasions that Tôpffer complained about. The attention to detail, from the cutlery on the table to the laundry in the bedroom; from the entrance to the water closet, gives us serious hope of a healthy, simple but elegant comfort, which will give our holiday all the attraction we were looking for when we left the heavy air of the plain.

The initiative taken by the Italian Touring Club in building an Alpine hotel completes the work begun by it in 1906 with the competition for hotel rooms and the second competition of 1908, with hotel plans. The winning project, the work of engineer Faconti and architect Bariggia, is the one reproduced here, with the necessary variations in the interior layout of the rooms made by engineer Stefini.

The Touring Hotel occupies a surface area of 728 square metres and has a frontage of 52 metres.

In the central hall on the ground floor, the Touring has set up its general exhibition: graphs, diagrams, statistical and geographical tables mark the work accomplished since its foundation. As you know, the Touring is currently publishing the large 58-sheet map of Italy on a scale of 1:250,000; in the course of 1911, the flourishing association will surely have 100,000 members.