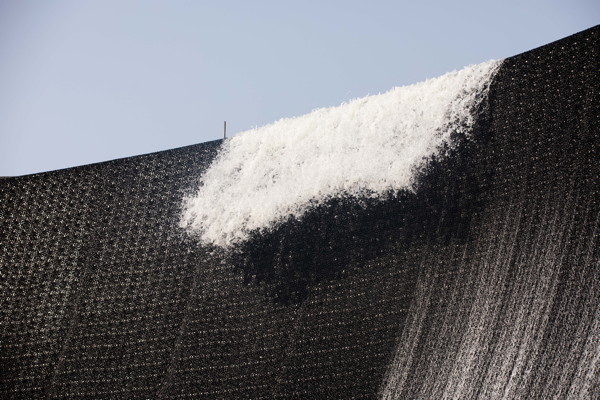 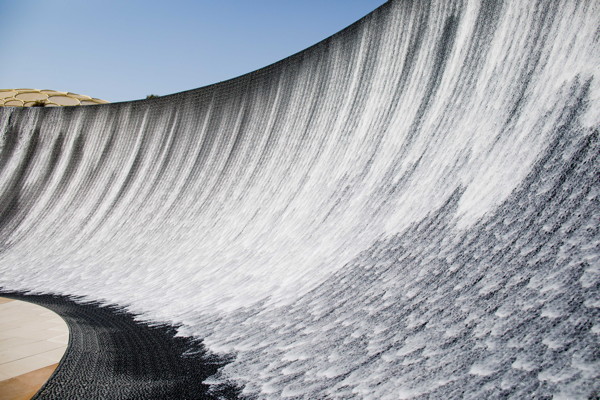 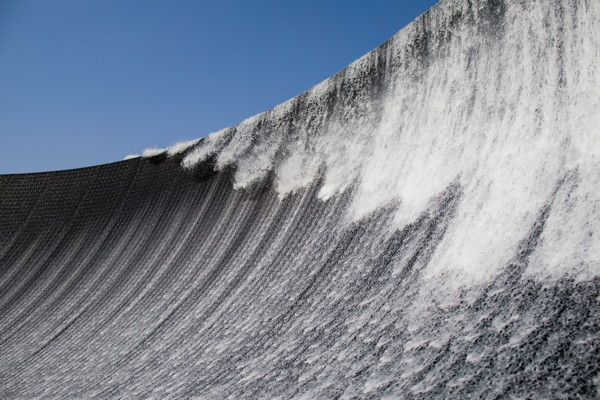 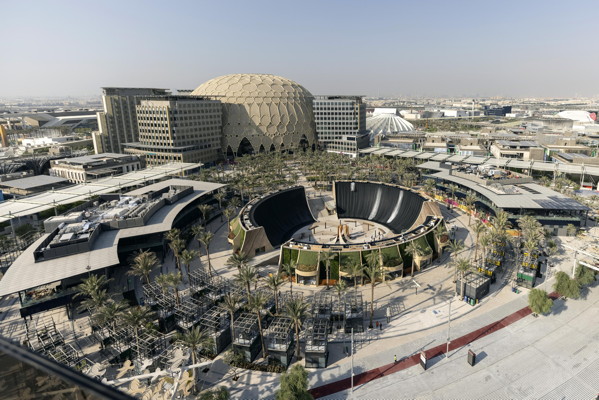 Experience giant sheets of water tumbling down 13-metre-high vertical walls that by day cascade into a mysterious, multi-hued circle of fire, and by night defy gravity by flowing upwards — accompanied by an orchestral score from the award-winning composer of the Game of Thrones theme music.

Situated between Al Wasl Plaza and Jubilee Park, the Expo 2020 Water Feature combines the elements of water, earth and fire in a way that will both surprise and delight the senses.

Visitors coming from Al Wasl Plaza enter a verdant 40-metre-wide garden of towering palms and fragrant plants rising above a series of curving paths that encircle the central water feature like ripples in a pond. Large planted walls rise up around the feature, with three openings to a central area that takes visitors below ground level.

The 153 individual waves range from glistening sheets to bursts of water that literally leap from the walls as they make their dramatic descent to the plaza below. People are invited to walk to the base of the falls to see how the water disappears through the stone. At night the waves reverse themselves – producing a gravity-defying spectacle as they flow up the walls.

At the feature’s centre is a mysterious circle of fire that produces enormous bursts of flames in spectral hues of red, green and yellow. In keeping with Expo 2020’s theme of sustainability, these huge flames are of pure hydrogen and therefore produce no carbon.

Each surge of water is released on a musical cue, creating an orchestral masterpiece performed by the London Symphony Orchestra. The original score was written by the award-winning composer Ramin Djawadi, whose work includes the theme music for the HBO series Game of Thrones, which earned him Grammy Award nominations in 2009, 2018 and 2020.

The Expo 2020 Water Feature and its surrounding landscaping and architectural elements are arranged in a way that connects people through dynamic movement inside the park, while also allowing interaction between adjacent spaces.

The Expo 2020 Water Feature was created by California-based WET Design, which uses supercomputers and other cutting-edge technology to build some of the world’s most iconic fountains and water features, including the famous dancing fountain at Dubai’s Burj Khalifa. WET’s choreographers and Ramin Djawadi worked together to marry music with the visual water experience of the water feature. The surrounding landscaping and architectural features were designed by SWA Group.