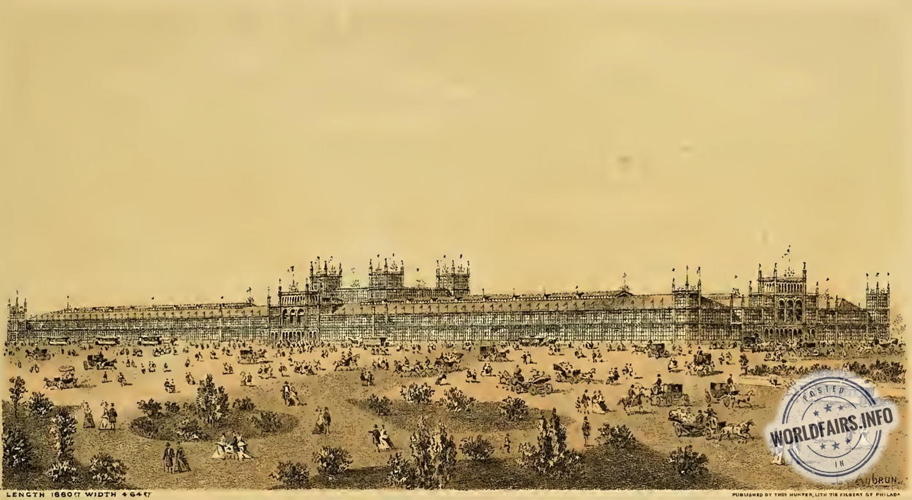 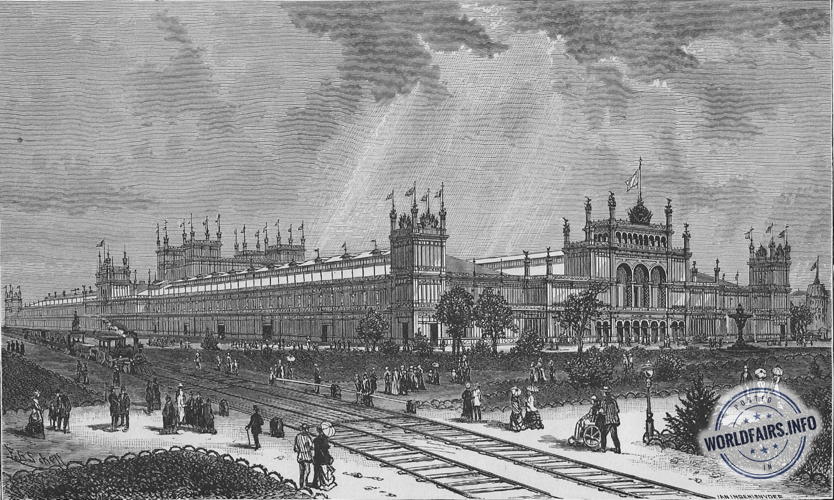 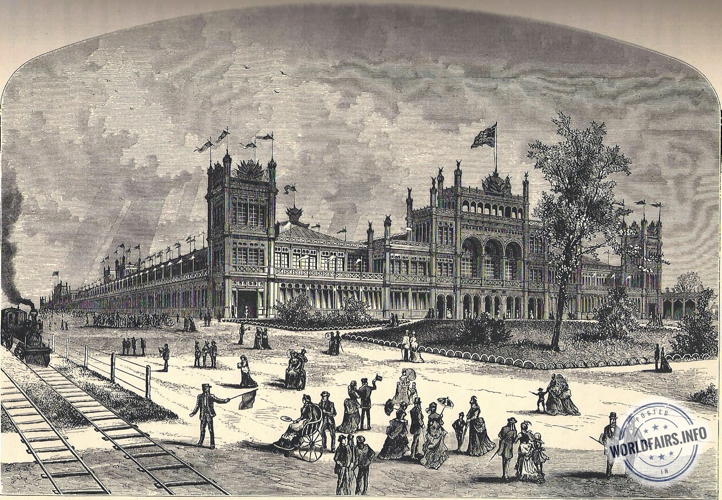 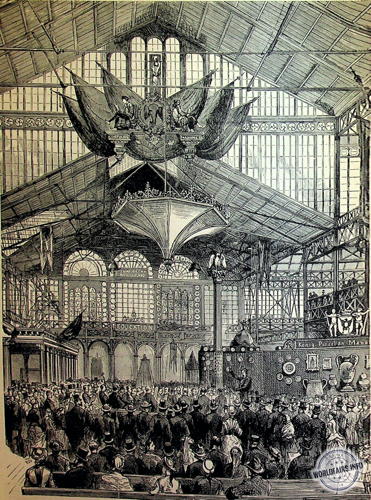 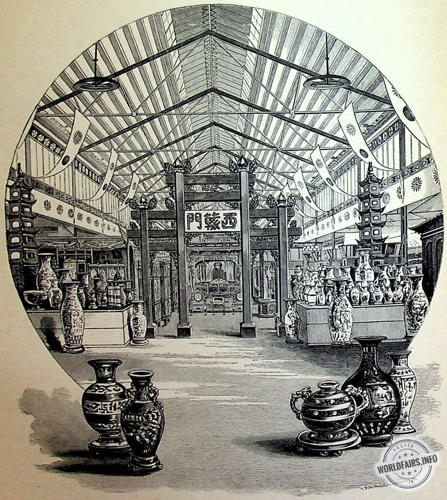 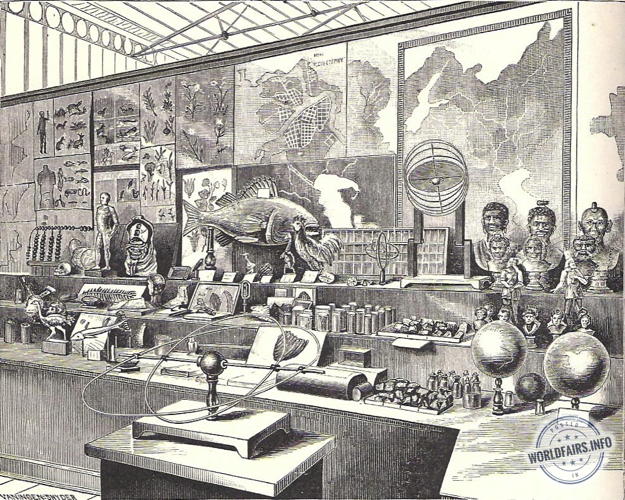 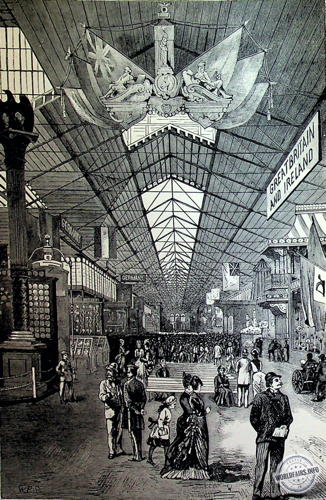 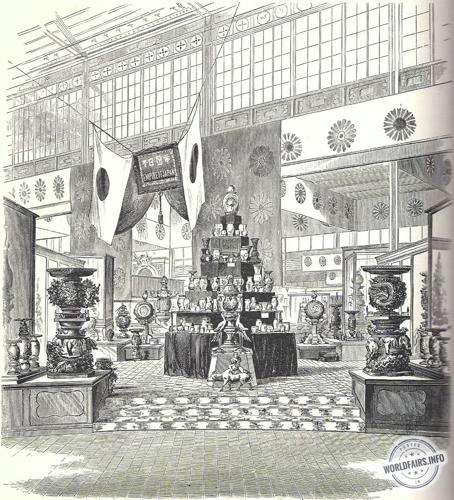 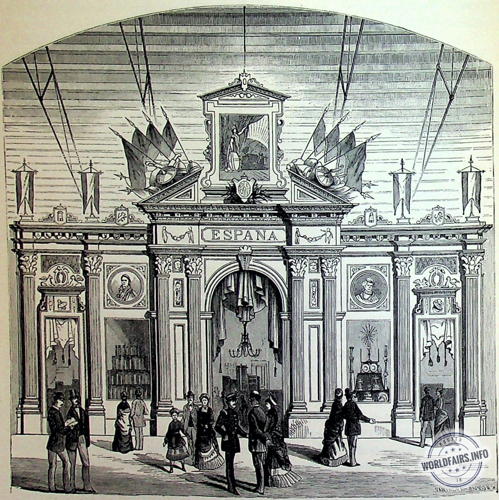 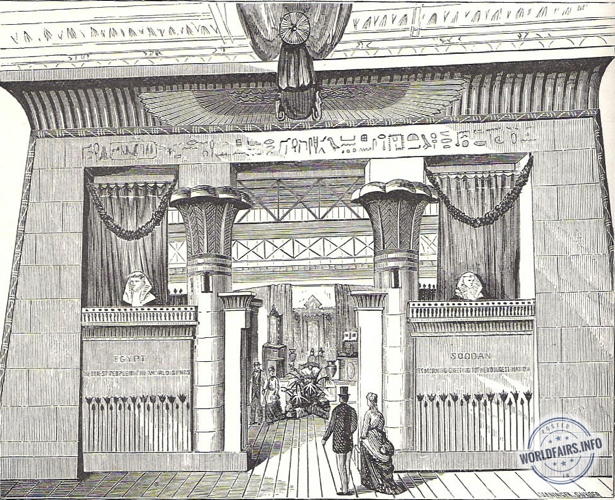 The largest building in Centennial Park was erected by the Centennial Board of Finance and occupies 21.27 acres.

Two mineral display additions have been added to the south side of the building, changing its appearance somewhat from its original design.

This magnificent structure is dedicated to the display of objects related to manufacturing, metallurgy, mining, education and science.

The main building, according to the original design, is a parallelogram running east and west 1876 feet long and north to south 464 feet wide. It extends along the north side of Elm Avenue from Forty-first to Belmont Avenue.

The height can be said to be one story, although the roof elevations are at different elevations.

There is a central avenue 120 feet wide, 1832 feet long, with an interior height at the top of the roof of 70 feet. On each side of this is an avenue of equal length, 100 feet wide.

Outside the latter are avenues 48 feet wide; and still outside the last named are 2 aisles 24 feet wide. The eaves of the outer avenues are 48 feet from the ground, the ceiling sloping upwards. To break up the great length of the roof, 3 transepts have been introduced, crossing the building and measuring 416 feet in length. The intersections of these different avenues make in the centre of the building 9 spaces, which are 100 to 120 square feet, and which total 416 square feet.

In the main transept, rising, as it were, from the floor of the building, are 4 large towers of 48 feet square which extend above the roof to a height of 120 feet.

The interiors of these towers are reached by stairs and support a series of bright, beautifully decorated galleries, and afford a splendid view of the interior of the building and the upper parts of the park and surrounding country.

The east, west and centre of the building's facades are relieved of the monotony that would attach to the simple elements of such a large structure by central projections with galleries and towers, and towers at the corners 75 feet from the ground. The different heights break up the straight lines and have enabled the architects to overcome the extreme difficulty of treating such an immense space of building frontage which, under ordinary circumstances, would present a painful uniformity of appearance.

The superstructure is composed of brick, iron, glass, and stone, ventilation is provided by the Louvre windows, and the lighting is perfect, so that everything can be seen during the ordinary hours of daylight with greater advantage than ever before in a building of this kind.

There are 672 iron columns to support the interior; they are placed on masonry pillars, are 24 feet apart, and support the iron roof trusses. Some of these pillars are only 23 feet long; the largest, 1.5 feet. The total weight of the columns is 2,200,000 pounds; the roof truss and beams, 5,000,000 pounds.

The building contains five miles of avenues and thirty-five miles of transepts and aisles. More than half the present population of Philadelphia could be placed within its walls at one time.

The pillars and roof are tastefully decorated; the walls are ornate; so that even when empty, the structure was attractive. The turrets, emblems and trophies above the entrances, the multi-coloured flags flying on hundreds of sticks, make the building majestic.

The annexes to the main building provide considerable additional space.

Construction commenced 8 May 1875; last beam put in place 18 November of the same year; completed and transferred to the Centennial Commission 14 February 1876.