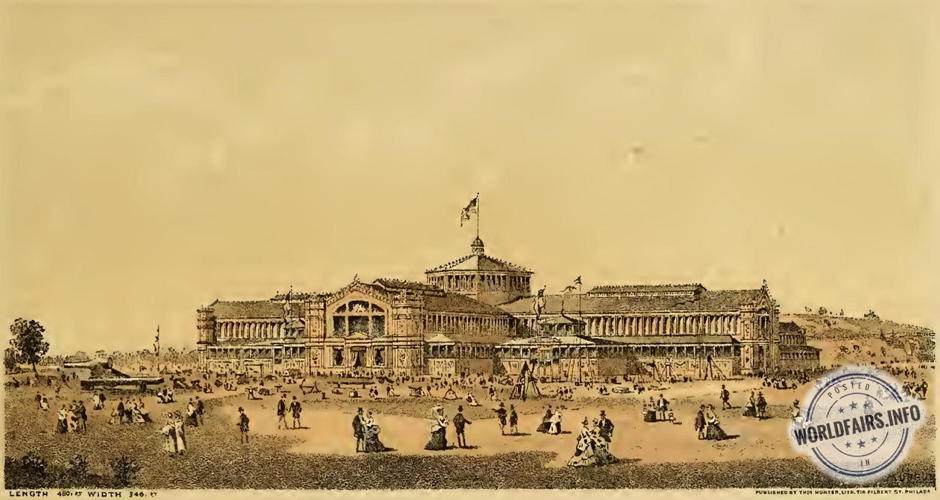 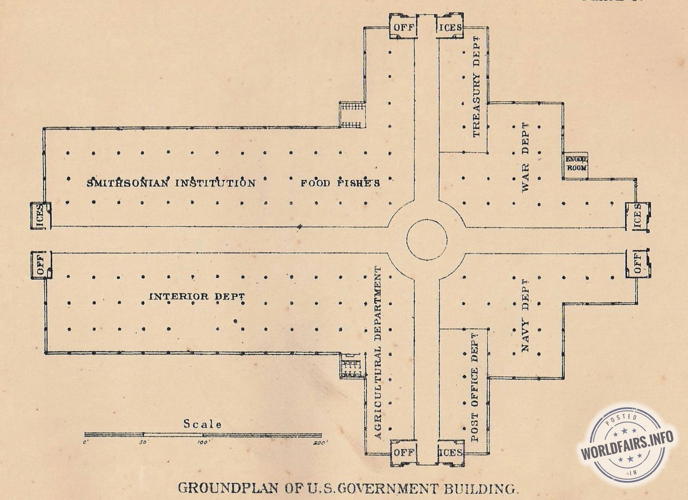 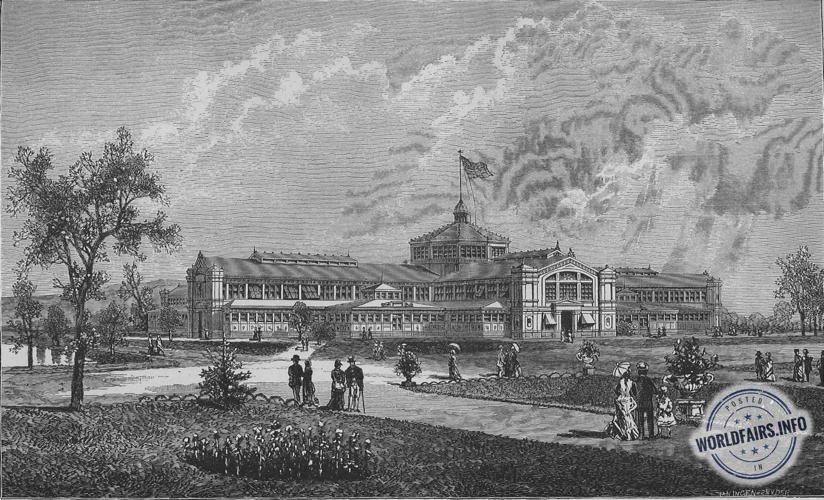 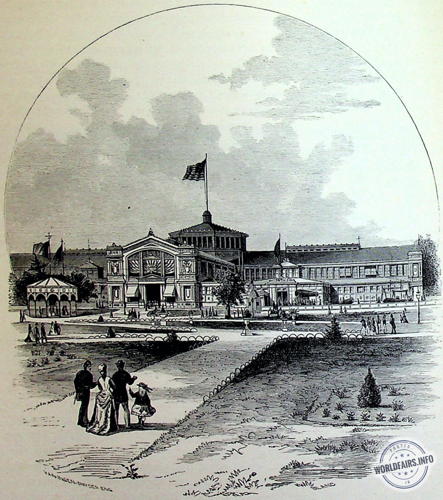 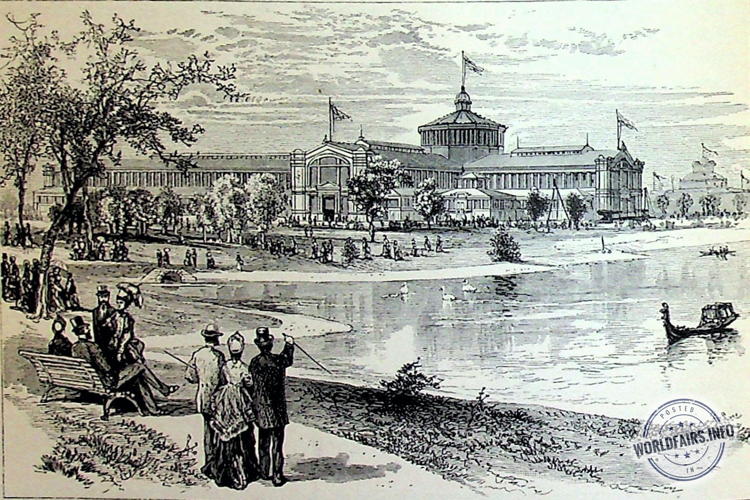 Under the authority of an act of Congress passed in 1873, provision was made for the display of articles and utensils intended for exhibition by the executive departments of the Federal Government. The intention was originally to occupy portions of the Exposition buildings for this purpose, but upon examination it became apparent that it would be much better if the display could be made in a building entirely under the control of the board of directors representing the executive departments, which was authorized under the act.

The Departments of War, Navy, Interior, and Post Office, together with the Bureau of Agriculture and the Smithsonian Institute, were to be represented in the exhibition, which, according to the law, was to be "articles" and materials, when displayed in a collective exhibition, illustrate the administrative functions and faculties of the government in time of peace and its resources as a war power, and thus serve to demonstrate the nature of our institutions and their adaptation to the needs of the people.
"By act of Congress, approved March 3, 1875, an appropriation of $505,000 was made available to the Council for the organization of this exhibition, of which $150,000 could be expended for the erection of a special building for the accommodation of the government.

This structure stands at the intersection of Belmont and Fountain avenues, and is in the form of a cross, the short arms being those of the north, east, and south, while the long part extends to the west.

The greatest length of this building is 400 feet, the nave being long and 100 feet wide. The cross transept placed nearest the eastern end of the building is 100 feet wide and 300 feet deep.

There are aisles and sections of 40x60 feet, 40x200 feet and 20x20 feet on each side. Where the nave and transept meet, a dome rises above the rest of the building to a height of 60 feet, topped by a lantern.

The area occupied by this structure is 83,640 square feet.

The building is made of wood, with pilasters on the outside, and is carefully painted in neutral colours and decorated on the inside.

Immediately to the north of this hall is a small hospital on the U.S. Army plan, modest in appearance, yet significant.

The style is simple and pleasing to the eye, and from a distance the proportions and outline create a very favorable impression.