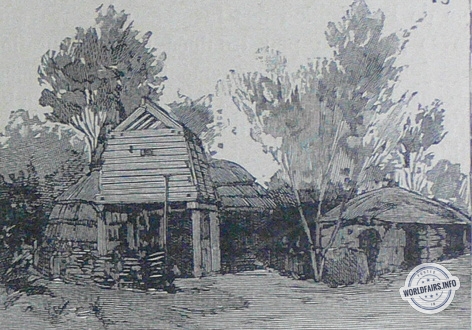 The Germanic dwelling touches us more closely, since the Franks belong to the Teutonic branch of the Germanic family.

As we find it restored by M. Garnier, it comprises two types, one related to the hut, the other to the hut. The hut is made up of a crude framework of horizontally superimposed logs.

This arrangement was general among all the barbarian peoples of the North and of the Danube valley, and it has, moreover, been preserved to this day among certain Asian peoples.

The whole structure rests on poles driven into the ground, probably to raise the floor above the swamps which, together with the forests, then formed the greater part of present-day Germany, or to protect the inhabitant more easily against the attacks of the wild beasts which haunted these immense wooded areas.

Next to the hut are several huts, all of which are round and have an outer shell of reeds. This envelope is supported by a light frame made up of unsquared wooden poles, linked together by light wattle and daub.

The only difference between the two constructions is the roof, which is pyramidal in one case and spherical in the other.