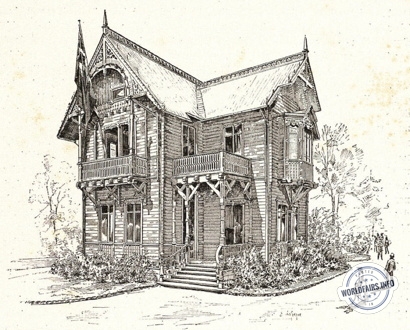 Since 1811, Norway has taken part not only in all the Universal Exhibitions held in London, Paris, Philadelphia and Vienna, but also in a considerable number of other major competitions of a more or less international character. It has, in particular, taken a large part in the Scandinavian exhibitions, in Stockholm in 1866, and in Copenhagen in 1888. Finally, Norway has been represented at several special international exhibitions, notably the fisheries exhibitions, one of which, in 1865, took place in Norway itself, in Bergen.

Until 1878, Norwegian participation in the various exhibitions was generally under the immediate direction of the State. But this system was recognised as too costly. It was therefore decided in 1880 that in future the State would leave the organisation and management of its national participation to private initiative and would confine itself to assisting the organisers by providing a subsidy. This is how it has been done since then, on the occasion of the exhibitions in London in 1883, Antwerp in 1885, Liverpool in 1886 and Copenhagen in 1888.

The Central Commission set up for the Universal Exhibition of 1889 immediately applied to the Norwegian Government for a grant of 100,000 kroner (1 kroner equals 1 fr. 39). The government, when submitting this request to the national representation - the Storthing - thought it necessary to reduce the figure of the grant to be awarded by a quarter, in view of the burden on the budget. However, in its meeting of 17 May 1888, the Storthing voted by 56 votes to 44 for the full amount requested by the Commission.

It had been agreed from the beginning that the Norwegian participation in 1889 should be somewhat different from that in 1867 and 1878, and that it should be more utilitarian, so to speak. In its first communication to the Norwegian Government, the Christiana Commission had expressed the opinion that it should be restricted to the representation of industries whose products are already or may become objects of export - adding, however, the fine arts, as well as objects which may give foreigners an idea of the beauties of the country, and thereby invite tourists to visit it. This programme was fully approved by the government and by the national representation. It was, moreover, almost imposed by the budget, much smaller than in 1878, which was available this time, and by the absolute necessity of not allowing expenditure to exceed the limit fixed. We were therefore obliged to observe the greatest economy and to reduce to the strictest necessary the costs of decoration of all kinds. Certain performances for which high expenses would have been indispensable had to be sacrificed. Moreover, one could not demand, as one had done successfully in previous circumstances, a large participation of the official administrations and institutions. Finally, a great difficulty was to be encountered - perhaps more considerable for the Norwegian representation than for that of most other nations, and created by the very disposition of the sites on which it would have to be installed - that of making full use of the national exhibition, although fragmented and scattered.

Indeed, the products had to be separated into two great divisions of almost equal importance: one, in which the wood and metal industries predominated, located on the replacement which had been granted - in the galleries of miscellaneous industries, between the sections of the United States and Japan; the other in the galleries of agriculture, at the Quai d'Orsay, where it had been necessary to relegate the very complete installations of the fisheries, as well as the industries of fermented drinks. But these were not the only places on the Exhibition grounds where the Norwegian flag was flown. In the Palace of Fine Arts, the Norwegian section was placed on the first floor, between the Danish and Swedish sections. In the garden of the Champ-de-Mars, at the foot of the Eiffel Tower, stood the large wooden pavilion, built and exhibited by the firm of M. Thams et Ci0, where, for the duration of the Exhibition, the offices of the Norwegian Commissariat were located, and where later on the offices of the administration of the Eiffel Tower Company succeeded them. A few steps away a small wooden chalet contained the exhibition of a new Norwegian industry, that of preserved sterilised milk. On the Seine, in the section of floating boats, swung a large Nordland boat - the direct grandson of the deckless ships on which, a thousand years ago, the Norwegian ancestors came to make their first visits to the capital of France.

There is no doubt that the reunion under the same roof of all these parts of the exhibition would have constituted a complete and more picturesque whole. Nevertheless, we must admit that the general impression produced by these different sections on the visitors was in every respect very unfavourable. In this respect, Norway has reason to be particularly satisfied with the testimony which one of the most authoritative voices has been willing to give, in the most flattering terms, to the sincerity of the Norwegian representation at the Champ-de-Mars in 1889. This was precisely the character that had been endeavoured to give it from the first moment, and which alone was likely to make it of good value.

The total number of Norwegian exhibitors was 278; some of them exhibited in several Classes. Of these 278 exhibitors, six were outside the competition
as members of the awards jury; two exhibited in the retrospective section of the history of work where no awards were given. The number of exhibitors competing for awards was therefore 270. The jury awarded 252 prizes to them, namely: five grand prizes, one diploma equivalent to a grand prize, forty gold medals, seventy-seven silver medals, seventy-five bronze medals and sixty-four honourable mentions.

In recognition of the warm welcome given to Norway on this occasion, some souvenirs of the participation were offered and graciously accepted by French institutions. We shall quote: the façade of a wooden granary, exhibited by Mr. Egeberg and given by the exhibitor to the Musée des arts décoratifs; a collection of fishing products and gear, exhibited by the Norwegian Commission, and given by it to the Musée municipal de la ville de Boulogne-sur-Mer; a large ornamental map of Norway, drawn and exhibited by Messrs. 0. and Th. Holmboe, given by Mr. Aug. Pellerin, member of the Commission de réception des chœurs norvégiens, to the Société de géographie de Paris; collection of models of wooden constructions, exhibited by the firm M. Thams et Cie, and given by it to the Conservatoire des Arts et Métiers; collection of objects of old national jewellery, given by M. Hammer, goldsmith and craftsman, to the Société de géographie de Paris. Hammer, goldsmith and antique dealer in Bergen, to the Museum of Ethnography; collection of Norwegian music editions, donated by Mr. C. Warmuth, music publisher in Christiana, to the Conservatoire de musique.