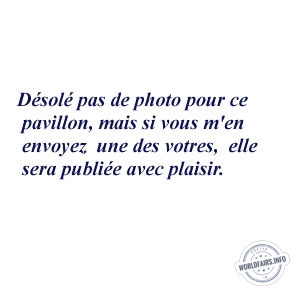 The Exhibition of National Manufactures occupies, at the Champ de Mars, the place of honour in the central pavilion, at the very entrance to the Palais des industries diverses.
There are four State-owned factories administered by the State and under the direction of men appointed by it: Sèvres, the Gobelins, Beauvais and La Mosaïque.
The annual budget of the state-owned factories currently amounts to 997,320 francs, distributed as follows:
Sèvres........................ 624,450 fr.
Les Gobelins................... 231.520 -
Beauvais...................... 116.350 -
The Mosaic................... 25.000 -
The works produced are intended to decorate national buildings and palaces, to be included in State collections or to be given by the government as gifts to foreign sovereigns.
The factories are also authorised to sell certain pieces to private individuals. In this case, the proceeds of the sale go to the Treasury.
Although the factories are grouped together, for the purposes of rewarding artists and workers, they are each classified in the industry group to which they belong.
The praise of these establishments is high; their marks are known throughout the world and the value of their products is inestimable.
Sèvres.
It is well known what marvellous masterpieces are produced at the Sèvres factory; what is less well known are the origins of this art which is now so perfect.
The first European porcelain was made in Florence in 1580.
In the 18th century, Chinese porcelain began to be imitated in France. In 1740, the Vin-cennes factory was created, which under Louis XV, thanks to Mme de Pompadour, expanded rapidly.
In 1753, the factory was definitively organised and renamed the Manufacture royale de la porcelaine de France, marking its pieces with the king's cipher.
In 1756, the factory was set up in Sèvres; since then it has only prospered.
The Sèvres exhibition contains 440 items.
Hard porcelain, biscuit and flamblés, coarse porcelain and new soft porcelain are brilliantly represented.
Numerous vases, table services and some remarkable cassolettes will attract the attention of visitors for a long time.
The Gobelins.
At the top of the staircase leading to the inner gallery of the dome is the exhibition of the tapestry factories.
The Gobelins, originally from Reims, came to settle on the banks of the Bièvre in 1450. They established themselves as dyers, and their reputation grew rapidly because of a certain incarnate colour of which they had the secret.
Flemish workers then established themselves in their building, which kept the name of the Gobelins, and added to the dyeing industry the manufacture of tapestries of haute lisse.
In 1662 Louis XIV, under the inspiration of Colbert, issued an edict by which the manufacture of the Hotel des Gobelins was to be called Manufacture Royale des Meubles de la Couronne.
The first tapestries for the king were made at this time.
After being closed for several years, the Gobelins factory was reopened in 1699 and has been in operation ever since.
A part of the Gobelins exhibition was reserved for the tools and processes of the tapestry school, which is quite serious, since the apprenticeship lasts two years.
Wool and silk fabrics arranged in order and whose shades gradually fade away show the perfection reached by the art of dyeing. Among the tapestries, we must mention the panels intended for the Elysée and the National Library, n081 to 17 and 20 ¿23.
La Savonnerie.
The Manufacture de la Savonnerie is a dependency of the Gobelins. Founded in the Louvre in 1605, it owes its name to an old soap factory where it was transported by Henri IV for the imitation of oriental carpets.
In 1626, it rivalled the Gobelins.
But in addition to its artistic direction, the soap factory had a religious direction, hence a duality of authorities which caused serious disorders. Colbert was forced to reunite the Savonnerie with the Gobelins.
Let us quote five panels intended for the Elysée - nos 37 to 41.
Beauvais.
A sieur Hynart obtained from Louis XIV a privilege granting him the exploitation of a manufacture which he founded in Beauvais. In other hands, the manufacture quickly took a considerable importance. It received a subsidy from the State in return for the annual supply of a tapestry to the king. It is thus that it became national.
The manufacture of Beauvais currently counts four workshops, of which one is especially affected to the pupils. A special commission gives its opinion on all the work to be carried out and on the finished works. Among the exhibited tapestries, let us point out two panels representing the Four Seasons (nos. 11 and 12), some sheets of screen, furniture and screens of chimney.
The Mosaic.
At the entrance to the Gallery of Miscellaneous Industries stands the MONUMENTAL DOOR exhibited by the National Mosaic Factory.
Mosaic is a very old art which was used a lot in the Middle Ages for the decoration of cloisters and convents.
François I brought specialists from Italy to France, where the art of mosaic seems to have originated. The National Mosaic Factory was founded in 1876, for the purpose of decorative mosaics and the restoration of state-owned mosaics.
There is a special apprenticeship workshop attached to the factory.
In addition to the MONUMENTAL DOOR, the Mosaic Factory exhibits a column for the courtyard of the School of Fine Arts.