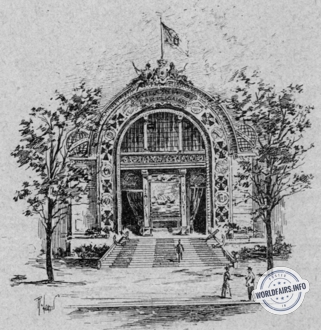 Of their former colonial empire, which gave them a foothold in all the lands of the globe, the Portuguese have retained only a few scraps.

These remnants are still thriving, and they looked good in the pavilion, on whose pediment two allegorical women held up the national coat of arms.

At the entrance, one could taste Madeira from the Azores.

Inside, the West Indies, India, Malaysia, West and East Africa, with Lourenço-Marquès, who became famous during the Transvaal War, brought their varied tribute of all known spices.

At the threshold, a beautiful copy of the Lusiades, by Camoëns, recalled the heroic times of Vasco de Gama.