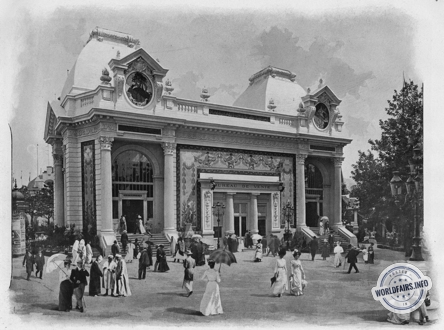 Almost every country where the tobacco industry is free exhibited the range of their cigars
cigars, from pale blond to dark brown, of all shapes and prices.

Tobacco generally gets stronger the further south you go; the people of the north demand numbness rather than excitement.

As we enjoy the monopoly regime, the French exhibition was limited to the large pavilion built by the State Manufactures at the foot of the Eiffel Tower. It served as an international demonstration of the goodwill of the French taxpayer. One saw there the manufacture of the most expensive and worst matches in the world and the packaging of tobacco four or five times more expensive than in the world.

The tobacco monopoly was instituted by decree of 29 December 1810; it has only become more and more burdensome, for the average kilogram, which was sold in 1817 for about 5 francs a kilogram, is now delivered to the consumer at an average price of 10 francs, i.e. double. This has not prevented consumption from growing continuously; it now exceeds 39 million kilograms per year. As for the state's profits, here they are:
Sales in the last ten years. 3,810,000,000 fr.
Manufacturing costs 665,000,000 fr.
Net profit 3,145,000,000 fr.
This is an industry that earns more than 80 centimes when it sells 1 franc worth of goods! Faced with such results, the Ministry of Finance should serve its resigned customers a little better.